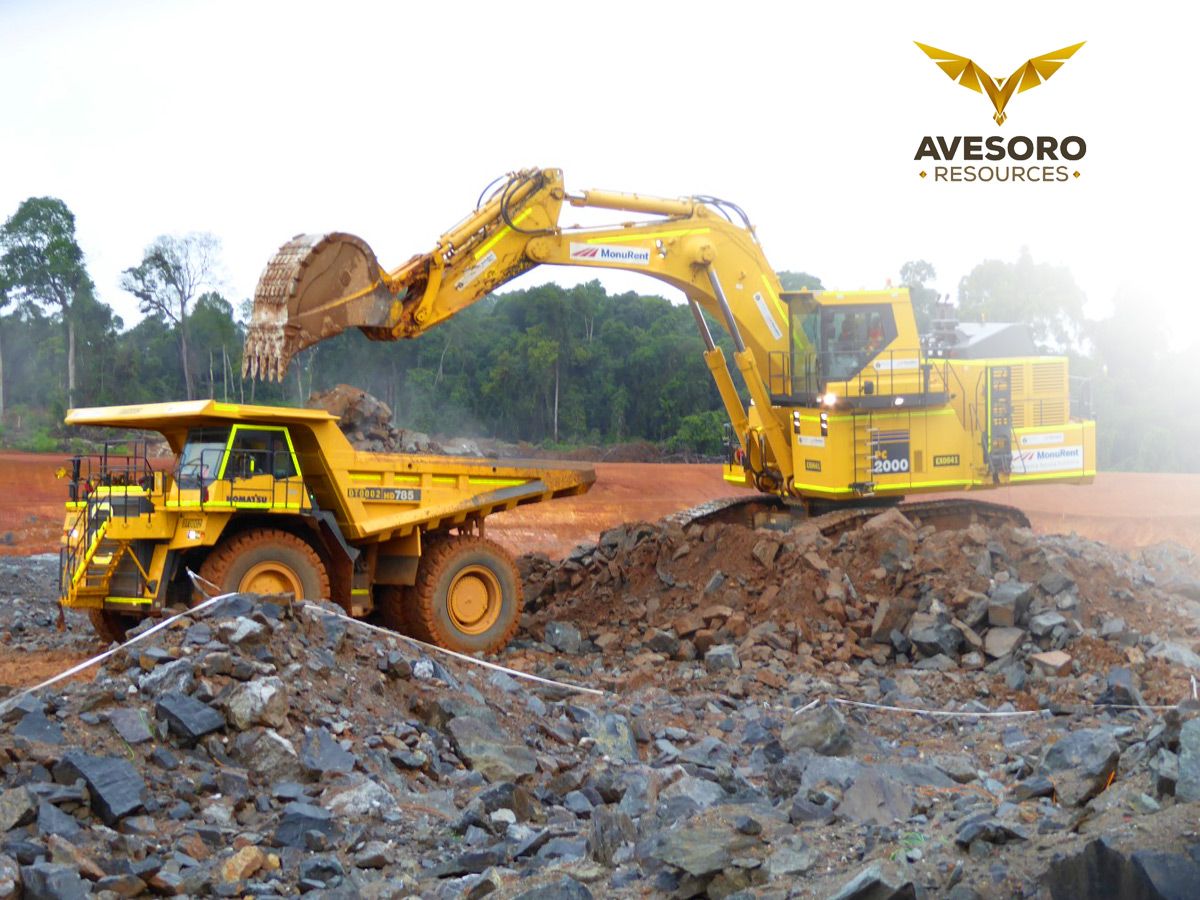 Since we last spoke to Avesoro Resources (LSE:ASO) in January, its shares have been on something of a roller-coaster ride. Several strong resource upgrades across its assets in Burkina Faso and Liberia, stemming from its ongoing $25m exploration drill programme, have helped to push shares to highs of 290p from 180p at the start of the year. However, the last few weeks have seen the company dragged down by a broader downturn in the gold market, brought on in part by the strength of the dollar.

With Avesoro’s weakness seemingly triggered by matters outside of its control, we ask whether its improving fundamentals and future potential make it worth re-visiting at its current 193p share price.

This year has seen Avesoro shift its focus onto exploration, with the firm announcing a $25m budget to carry out 171,000m of drilling back in February. Its goal here is to convert 1Moz of existing mineral resources into reserves across its portfolio by the end of 2018, and in the first half of the year, it had already drilled a total 89,900m at a cost of $9.8m.

Around 139,000m of this drilling is taking place at Avesoro’s assets in Burkina Faso, which consist of the Youga mine and the high-grade Balogo deposit that provides ore for processing. More specifically, it is focusing on nine targets at Youga/Balogo covering c.54.000m as well as priority targets within trucking distance of Youga, covering 85,000m.

As of July, Avesoro had carried out 62,100m of this planned drilling and had already logged some considerable success. Indeed, in June, it reported a 29pc increase in its total mineral reserve for Youga to 660.1koz of gold and a 15pc jump in the site’s total measured and indicated mineral resource to 924.2koz of gold grading 1.73g/t. As a result of these increases, Youga’smine life has extended by two years to 2027, and its pre-tax NPV has grown 42pc to $188.3m. To keep up with these planned improvements, it is also working to optimiseYouga’splant to maintain its current production guidance of 110-120koz in future years.

With additional drilling already recently outlining a new ore zone and work ongoing at a deposit called Ouaré, 30km from Youga, Nick Smith, head of investor relations, tells us that even more upside could be coming:

‘In Burkina Faso, there are a lot of resources that are not drilled to the right drill spacing to bring them into reserves, so we are hoping to do some infill and bulk up what we have in the area. We have outlined quite a few new anomalies that we will continue to drill this year. We are expecting to further increase the reserves by early Q1 next year. When we came into Youga it had an 18-month mine life; now it’s life extends to 2027, we are very happy with this progress.’

This year has also seen Avesoro carry out 32,000m worth of drilling in Liberia, the home of its New Liberty Gold Mine, which has a total mineral reserve of 717koz. It plans to release an updated Mineral Resource and Mineral Reserve for New Liberty during Q3 2018, after carrying out17,000m of infill drilling focused on in pit resource development.

Following this, it hopes to release an updated report for Ndablama, a deposit near New Liberty that currently contains a 901koz indicated and inferred mineral resource, after recently completing a further 15,000m of infill drilling at the site. The importance here is considerable, with Avesoro expecting work at Ndablama to make up 40pc of its 1Moz resource conversion target.

Indeed, Smith tells us he is particularly optimistic about how these infill programmes will impact Avesoro’s Liberian reserves, adding that the country will be its chief focus for the remainder of the year:

‘The programme focused on New Liberty itself within the existing pit should convert around 150,000 to 200,000oz from inferred into indicated so that we can bring that into reserves. We are anticipating that the work at Ndablama will bring around 400,000oz into reserves by year-end. In Liberia, we are planning a second phase of drilling at Ndablama, and we have also begun a 10,000m drilling campaign at Belgium target, a 1km long mineralised portion of the 15km long Silver Hills range, which is within 10km of the New Liberty mine.’

Overall, this dynamic helped Avesoro to generate EBITDA of $64.6m versus $1.1m in H1 2017 – a 5,773pc increase. It primarily put this jump in production and drop in costs down to its acquisition of the Burkina Faso assets in December.

Despite the relative strength of its results, Avesoro’s shares have declined rapidly this month, falling from 243p to 192p. Rather than being down to any fundamental weakness, Smith believes the drop has stemmed from a general downward trend in gold prices globally.

Gold is pegged to the dollar and has therefore fallen in recent months as the greenback has risen on US economic strength. The situation reached a head earlier this month, when the Turkish lira collapsed and, rather than fleeing to gold, a traditional safe-haven asset, nervous investors flocked to US treasuries. The move pushed the dollar up further and in turn sent gold to its lowest level since January 2017, below the psychologically significant$1,200/oz price barrier. Smith believes Avesoro’s considerable strength before gold’s decline led it to be hit particularly hard when macro sentiment turned:

‘We fell off more than some other companies, but I think that is a natural result of that fact we have been moving up throughout the rest of the year. Whereas other firms have been hit over the last four months or so, we took the hit all in one go. We were talking to a number of our institutional holders recently, and they said they were not concerned that we took a hit, they thought it was natural and some are using it as an opportunity to top up. We are still one of the best performing London-listed gold stock this year.’

So, with low prices providing a good entry point, where is the value going to come from next? To Smith, it is simply a case of Avesoro continuing to deliver on its word and sitting tight as macro conditions improve:

‘The value is going to come from continued delivery against our mine plan and our annual guidance, for which we are on track. Then it is also this conversion of resources into reserves where it becomes economic and mineable. Additional ounces have already come into the mine plan, but frustratingly the reduction in gold price has already hit the share price, so the value is not reflected at present.’

One of the most substantial elements of Avesoro’s recent results was its cash balance, with the business revealing that it had $12.7m lining its coffers as of the end of June. This amount will cover its remaining exploration budget, but, going forward, Smith told us the firm plans to use cash to pay off its debt (which sits at $134.5m) and broaden its horizons as it looks to continue growing:

‘The interest rate on the debt is very competitive, so we are in no real rush to pay it off. The way it is structured means we can pay it off throughout the life of mine. This is quite a unique position for a player of our size. So, with that in mind, we are very keen on doing M&A and continuing to grow. We want to become a 500,000oz a year producer. To get there, we will need to do take on some more assets. We are actively looking at targets at the moment, and we are hopeful that we will have something done within the year.’

‘There is a lot on offer in West Africa, but we are now looking further afield. We see more value in areas that people are less keen on, like East and Central Africa. You can get similar assets for cheaper than you could in West Africa. We also have the support of the wider MNG Group behind us, who have a lot of experience in these countries, which means we would not be going in blind.’

Unlike many of its competitors, Avesoro now offers both production and exploration, with considerable potential to boot, given the large size of its assets. The value created by its exploration programme appears to have been temporarily offset by the current weakness in the gold price. However, it is worth remembering that this fundamental value could easilybe pricedback in alongside any recovery in gold prices – the cyclical nature of commodities is something that comes with any resources investment.

It is this fundamental value that could most important when considering an investment in Avesoro at current prices, given many speculators now suggest that the gold market has bottomed out. With more exploration on the cards, stabilised production and plenty of growth plans going forward, the next year will be an interesting one for the company’s investors.