We covered Jersey Oil and Gas (LSE: JOG) just over a month ago suggesting it might be a buy at 173p. The stock clipped 171.5p before hitting resistance at 198p. The company saw it’s share price rise during April and May as anticipation built for the appraisal of the Verbier discovery but things cooled off after reaching highs of 260p and a subsequent announcement of a delay with Verbier further hit the price, sending it back below the 200p fundraising level. Jersey Oil is again in pullback mode with today’s share price of 176.4p testing April’s low. The price may continue downward but there’s a raft of further support around the 172p area, namely the recent August bounce spot, and the bottom of a ten-month trend channel. In the event this gives way, December’s lows are just below at 167p. At 172p, Jersey Oil will be in oversold territory, and we may see respect of the trend line show on the Relative Strength Index (RSI) upheld.

Another pattern worth noting is a triangle formation (red), the bottom of which is a trend line that stretches back to a couple of previous highs as well as underlining recent lows. Closing above the triangle top would be a very strong indicator that the trend has shifted upward and a double bottom with either of the three previous lows mentioned could be the catalyst for such a move to attempt breakout.

With the Verbier appraisal on the horizon, an opportune time to take a position in Jersey Oil is edging nearer.  As we approach Q4, the first target to smash through is the recent high of 260p, after which a move to tackle 300p will likely follow. The stock’s highest close to date is 328p, with post discovery highs not too far in the distance at 400p. It’s unlikely those levels will be hit prior to spud due to the dilution from the last placing, but a successful appraisal opens up much further upside. 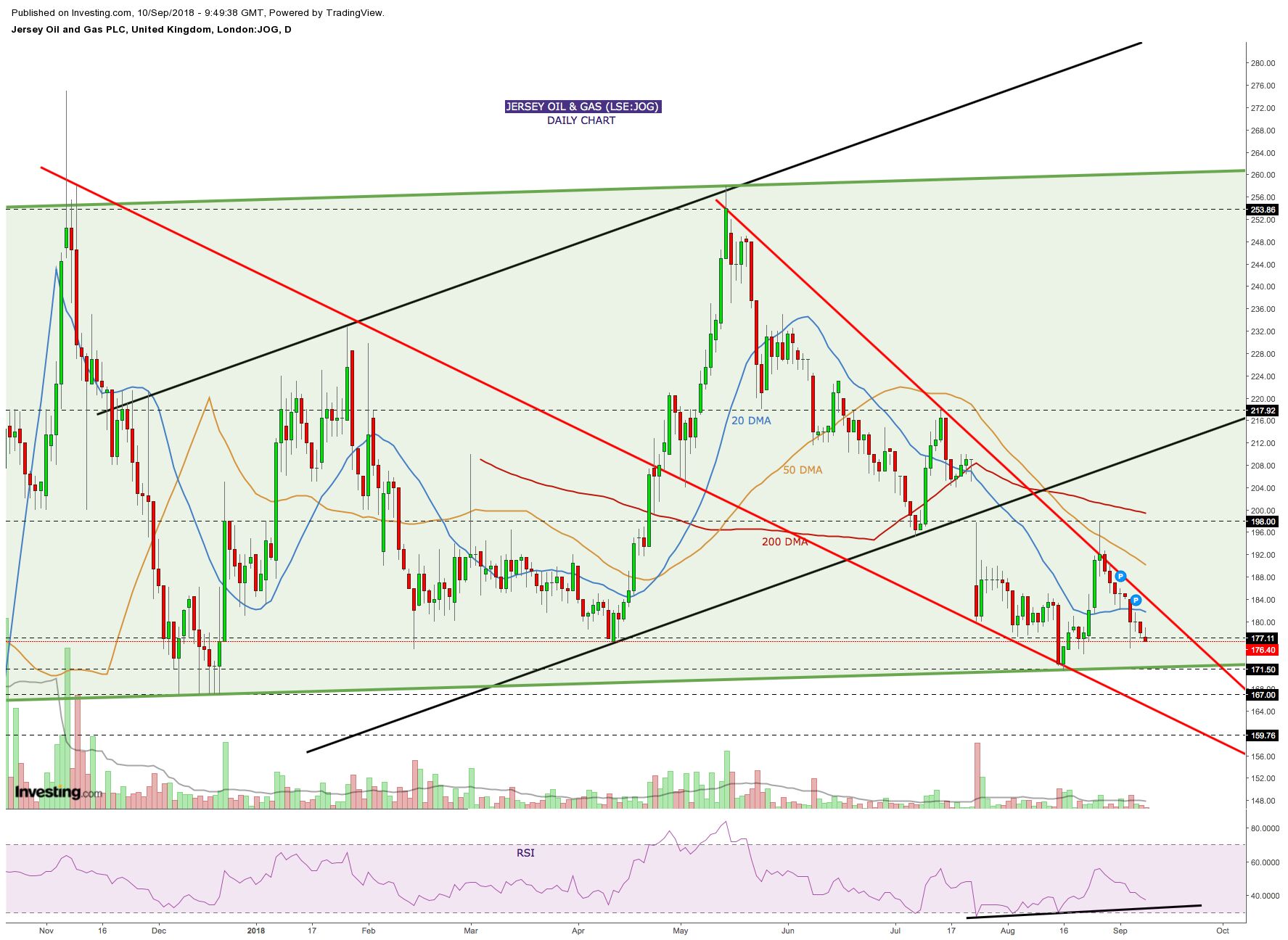