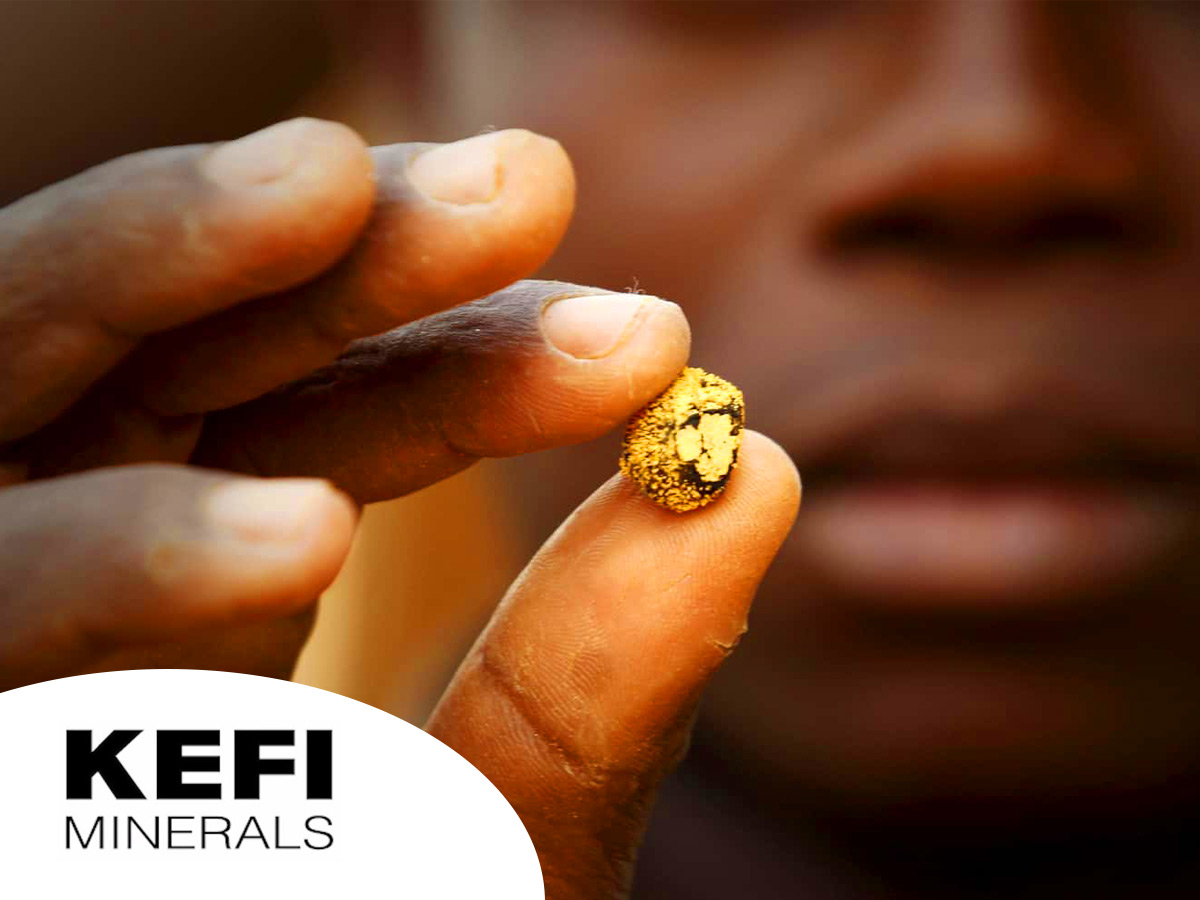 Last Friday saw KEFIMinerals (LSE:KEFI) bounce 11.3pc to 2.3p after revealing that local banks and institutions had invested a minimum of $30m into its flagship Tulu Kapi gold mine in Ethiopia. Here, managing director Harry Anagnostaras-Adams explains why KEFI has called the vote of confidence from Ethiopian investors a ‘watershed moment’ in its plans to spearhead growth in the country’s gold sector.

In last week’s update, KEFI said a local syndicate called ANS Mining Share Company has signed an agreement to invest a minimum of $30m into TKGM, the firm in control of the Tulu Kapi project. The money will release in two instalments- an initial $9m later this year, and a further payment of between $21-29m early next year.

KEFI called the investment a ‘material milestone’ in the ultimate development of Tulu Kapi, a project it has been progressing towards developing since being granted a mining licence in April 2015. Estimates for output at the project include open-pit gold production of c.140,000oz per annum for a 7-year period with an all-in sustain cost of $800/oz. The project’s ore reserve estimate totals 15.4Mt at 2.1g/t gold, containing 1.1Moz.

In the update, KEFI said the money will support its existing project schedule, which will see it aim to commission gold production by the end of 2020. Speaking to ValueTheMarkets.com, Anagnostaras-Adams added that this also marks another latest step towards KEFI being able to utilise its first-mover advantage in Ethiopia’s prospective gold sector:

‘The gold sector in Ethiopia is conspicuous by its absence, given that its geology suggests it should be a prolific producer. With that in mind, once we reach production at Tulu Kapi, we will have a first-mover advantage. When we first got the project it was nearly ready, and we have been working ever since to get it to the starting line. The first step was re-designing the mining and processing plans, which reduced the AISC to $800 from $1000. Then, we secured financing to get the equity requirement down to $50-60m. Last week’s funding gets us to the point where we have these funds and puts us on very steady footing moving forward.’

ANS was established as an investment vehicle to enable subscriptions by numerous identified Ethiopian financial institutions and family offices. In last week’s update, KEFI said that demand from these Ethiopian institutions was so strong that it has granted ANS the ability to invest further funds in TKGM up to a maximum value of $38m. This would give it a 29pc stake in the project subsidiary, ensuring that KEFI remains the project company’s majority shareholder.

When combined with the $20m investment already into Tulu Kapi committed by Ethiopia’s government, Anagnostaras-Adams says this support highlights the economic progress Ethiopia is currently making. Indeed, this year has been one of significant development for the country, with new Prime Minister Dr Abiy Ahmed lifting a two-year-long state of emergency and introducing a widely supported series of initiatives.

As part of this development, the country’s government and its businesses have been eager to kick off the growth of its gold sector as a way of generating hard currency exports and promoting regional development. With Tulu Kapi marking the only local opportunity for institutional-quality investment in gold production, Anagnostaras-Adams said KEFI is benefitting greatly from this positive dynamic:

‘Ethiopia has entered a very progressive chapter after an era of instability. This has had a very positive effect on financing, with local institutional investors becoming serious about getting involved with us on an equity level, a transformative opportunity that we have now seized. The government is keen to get the gold sector going, but it is not in the business of investing in every company, so its support speaks measures.’

He added that the backing of investors with a heavy interest in Tulu Kapi’s success will aid its development greatly moving forward:

‘Through last week’s investment we have slotted the last brick in without having to go to the listed capital markets of the UK, which are quite bombed out in the junior mining sector. Instead, we have been able to raise the money in Ethiopia itself with investors who really understand the project and really want to get behind it because it is an exciting new sector for their country. This development of having stronger institutional support for the sector in Ethiopia than in the UK, at least at this point in time, has come much to the surprise of everyone involved, myself included, but it is a testament to how much the country has come on in such a short space of time.’

Finally, he said that KEFI will now begin work over the coming months to prepare the local community for resettlement, ahead of planned construction early next year:

‘The government really holds the starting gun now because the first task is the community re-settlement, which sets everything rolling. This week we are meeting with government officials to go through all the plans and it’s their call when they fire the starting gun. However, they are telling us they are keen to get things going and have made strong progress with the re-settlement plans. So we are all ready to roll.’