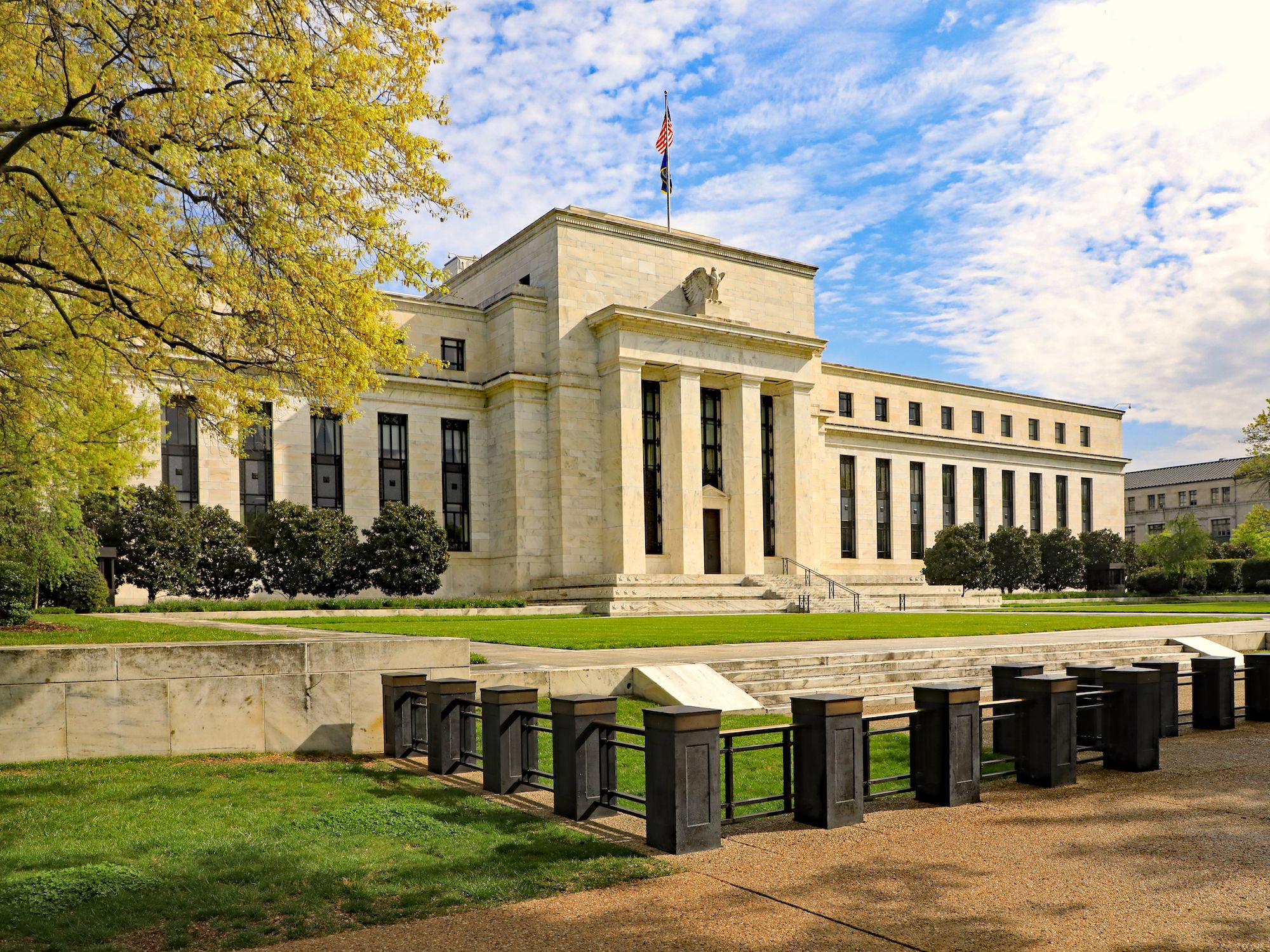 This evening will see the Federal Reserve decide on whether to increase US interest rates for the fourth time this year. The consensus is that the federal funds rate will be hiked by another quarter point to the 2.25-2.5pc range. But with President Trump’s criticism of the central bank reaching an all-time high in recent weeks, the real story will lie in its 2019 outlook. Will the Fed break under political pressure or will its prudent approach to normalisation continue?

Since its June meeting, the Fed has indicated that a fourth-rate hike for 2018 is likely. However, market turmoil and global growth concerns have since prompted speculation that this will change.

Realistically, this remains unlikely. The US economy is expanding at a 3.4pc a year, unemployment is at its lowest levels since the 1960s, and wage growth is accelerating. As such, the markets were pricing a 78.4pc chance of a December rate hike announcement on Monday. Last week, the probabilities were higher than 80pc.

The real threat lies in whether the Fed can avoid caving to political pressure over the long term.

The key figure here is Trump. Recent weeks have seen the President launch an onslaught of attacks on the central bank. For example, in October, he called the Fed the ‘greatest threat’ to his presidency. His most recent attack came on Monday when he tweeted:

‘It is incredible that with a very strong dollar and virtually no inflation, the outside world blowing up around us, Paris is burning and China way down, the Fed is even considering yet another interest rate hike. Take the Victory!’

There may be merit to his concerns over the future of the US economy. The US dollar index is up 5.8pc so far this year. Meanwhile, the personal consumption expenditure price was up 1.8pc year-on-year as of October, below the Fed’s 2pc inflation target. This suggests the central bank has room to keep monetary policy loose. As a result, the consensus is that the Fed will point to a more cautious approach towards interest rate normalisation.

But there is an undeniable risk that Trump’s concerns lie more in his political prospects than the long-term health of the US economy. As has long been clear, he is more concerned with his administration’s economic success than the ultimate goals of monetary policy. It is likely he is worried that continued tightening will reverse progress by de-railing stock prices and ushering in a recession. This will not look good when it comes to his re-election campaign in a couple of years.

Despite Trump’s comments, there remain many valid reasons for continuing to raise rates. Many analysts believe these far outweigh their short-term impact on the S&P 500.

The US is approaching its tenth year of economic expansion and economic indications now forecast slower domestic and global growth in 2019. Analysts now believe the chances of a recession being created this way sit at 60pc. If this happens, interest rates will need to be in the ‘neutral’ range to give the Fed enough wiggle room to prevent a serious economic downturn. This requires rate hikes next year and the continued unwinding of the Fed’s balance sheet.

Also, loose monetary policy increases the risk of financial institutions taking unnecessary risks. Let’s not forget, this is essentially what led to the last financial crisis.

So, are Powell and his committee of policymakers bending under Trump’s influence? Unfortunately, there are signs that the answer could be ‘yes’.

Victor Li, professor of economics at the Villanova School of Business points out that Powell told the Economic Club of New York the fed funds rate was ‘just below’ its neutral level last month. This contradicts his statement a month earlier that rates were a ‘long way off’ from normalisation.

Remember, the last time we saw a politician seriously influence the Fed was when Richard Nixon was in office. This preceded one of the worst economic recessions of the 20th century.

With these points in mind, investors should look out for an indication of where the Fed plans to move next year.

First of all, they should keep an eye on the Fed’s statement. This is likely to contain a healthy assessment of current US economic performance. But it could also indicate a less predictable policy outlook next year.

Moreover, as the Financial Times points out, the Fed has indicated a desire to move away from offering detailed policy guidance. It wants to shift to a more improvisational phase where it is reacting to income economic data.

The second thing to look out for is the Fed’s dot-plot of officials’ rates forecasts. In September, the central bank’s median forecast was for another three rate hikes in 2019. Now, the market is not fully pricing in even one move. Meanwhile, the median estimate for longer-term interest rates stood at 3pc in September. If this edges down, markets will see it as a dovish signal.

Traders are now wondering if the Fed wants to end its rate-lifting cycle and whether a pause is due in March. Market volatility, trade tensions, over-indebted corporate borrowers, and weak global growth could plausibly drive a more cautious tone. However, many will be more concerned that Trump’s influence is spreading dangerously into established US institutions.

Are inflation risks a real concern or nothing but hype?

Inflation concerns are making investors nervous. Is this something to worry about or simply a temporary spike that will soon sort itself out?