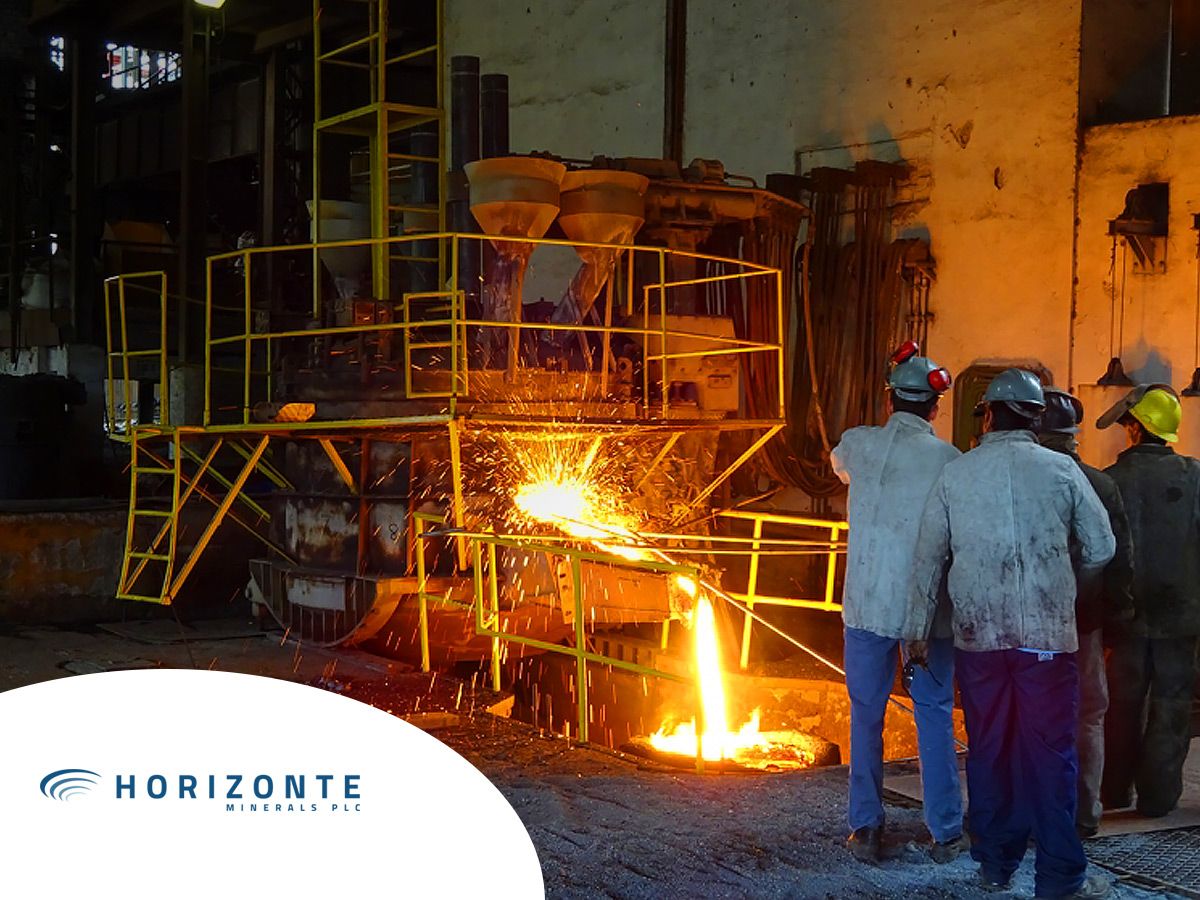 Horizonte Minerals (LSE:HZM) sat at 4p on Monday morning after confirming the drawdown of $25m worth of funding towards its Araguaia ferronickel project in the Para state of Brazil.

As announced in August, Orion Mine Finance has provided an upfront $25m cash payment to Horizonte in exchange for a 2.25pc royalty on Araguaia. This royalty applies only to the first 426,429ts of contained nickel within the ferronickel produced and sold at the asset. This volume is equivalent to the nickel production estimated over Araguaia’s life of mine as per its stage one feasibility study (FS).

Orion is a significant player in the mining financing space, deploying around $1.5bn in royalties, streams, debt, and equity over the past three years alone. The non-dilutive funding it has provided to Horizonte will support the business in advancing pre-construction work streams at Araguaia.

Araguaia is a Tier 1 mining project with a high-grade scalable resource, located south of the Carajás Mining District in the Pará State of north-east Brazil.  The area boasts plenty of well -developed infrastructure such as roads, rail and hydroelectric power.

Horizonte’s stage one FS for the asset centres around an open-pit nickel laterite mining operation that delivers ore from several pits to a central processing facility. Here, a single line rotary kiln electric furnace (RKEF) extracts ferronickel, used in the stainless-steel industry, from Araguaia’s ore. After an initial ramp-up period, the project will reach full capacity of c.900,000ts of dry ore feed per year to produce 52,000ts of ferronickel containing 14,500ts of nickel annually. Over an initial 28-year mine life, the FS design generates free cash flows after taxation of $1.6bn returning an IRR of more 20pc against on an initial capital cost of $443m.

On top of this, Araguaia has been designed to allow for a second RKEF process plant, funding through operational cash flow. This stage two expansion would double Araguaia’s ferronickel output, providing for a 26-year mine life generating cash flows after taxation of $2.6bn with an estimated NPV of $741m and an IRR of 23.8pc. All of these figures were reached using a conservative base case nickel price forecast of $14,000/t, well below the $16,462/t at which the metal presently sits.

Monday’s news comes just days after Horizonte announced that a pre-feasibility study (PFS) confirmed its Vermelho project as a ‘large, high-grade resource, with a long mine life and low-cost source of nickel sulphate for the battery industry’.

The work estimated that the property, also based in Para, would have a 38-year mine life generating total cash flows after tax of $7.3bn. Elsewhere, the PFS gave Vermelho – which produces nickel suitable for use in electric vehicle batteries- an IRR of 26pc and an estimated base case post-tax NPV of $1.7bn against an initial capital cost estimate of $642m. Finally, the work put Vermelho’s estimated annual production at 25,000ts of nickel and 1,250ts of cobalt when operating at full capacity. This translates into a cash cost of $8,020/t of nickel, defining the project as a low-cost producer.