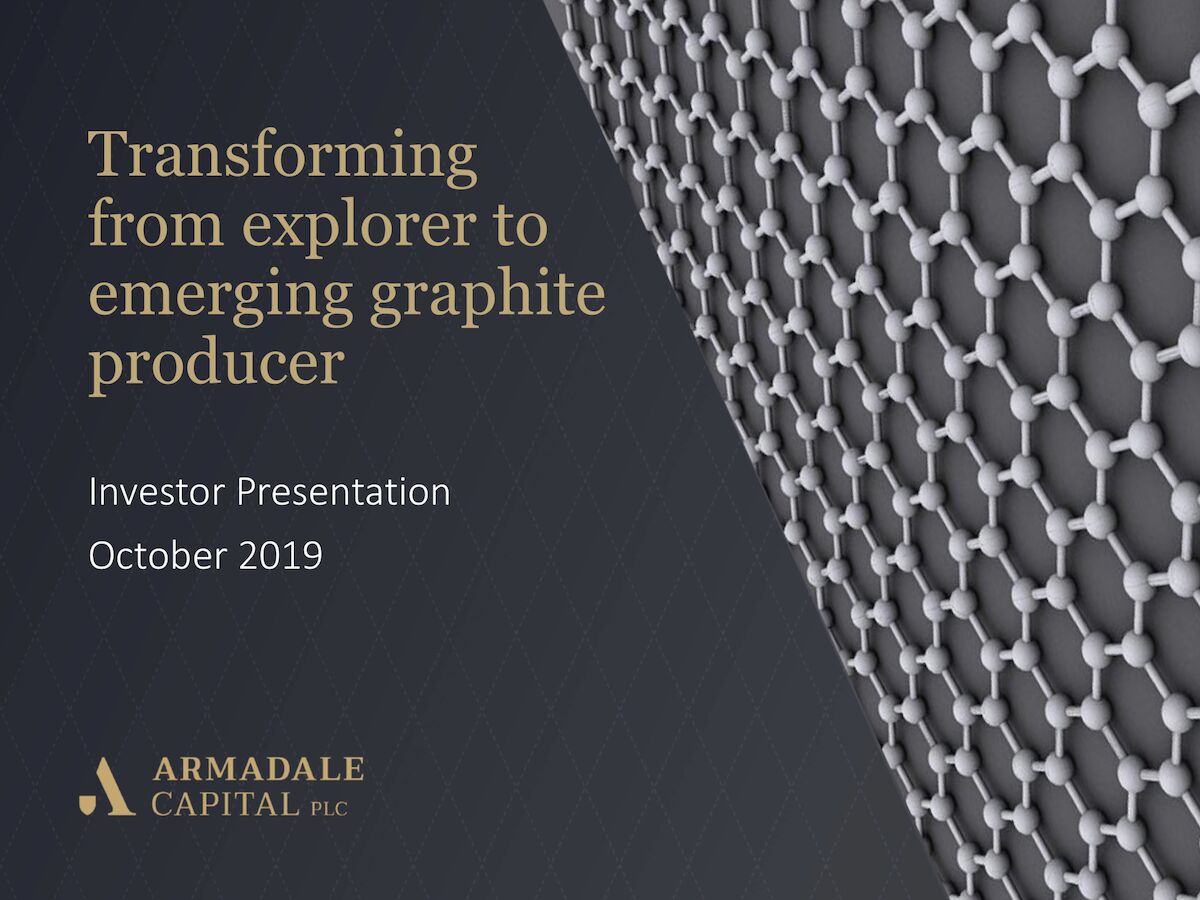 On Friday, ValueTheMarkets’ Ben Turney hosted Armadale Capital’s technical director Matt Bull and non-executive director Paul Johnson in a recorded presentation and interview. The pair provided a comprehensive update on the firm’s progress at its wholly-owned Mahenge Liandu graphite project in Tanzania, where it is currently completing a feasibility study.

Among the topics covered were the project’s market-leading graphite purity and flake size and Armadale’s ongoing progress in securing offtake agreements and financing for its development. Elsewhere, Bull provided an update on the increasing demand for graphite globally against a backdrop of shrinking supply from China as the country tightens its environmental controls.

He also argued that the economic fundamentals currently used at Mahenge Liandu are looking increasingly conservative given the attractive offtake deals recently secured by several of Armdale’s peers at their projects. This was a point recently highlighted in MiningMaven’s detailed report on the business, which can be read here.

During the presentation, Bull and Johnson also took questions from shareholders. These focused on numerous subjects, including the firm’s intention to hire a CEO, its plans for communicating its message, and the positive impact that recent progress could have on Mahenge Liandu’s economics.

For a full recording of the presentation, please see below: