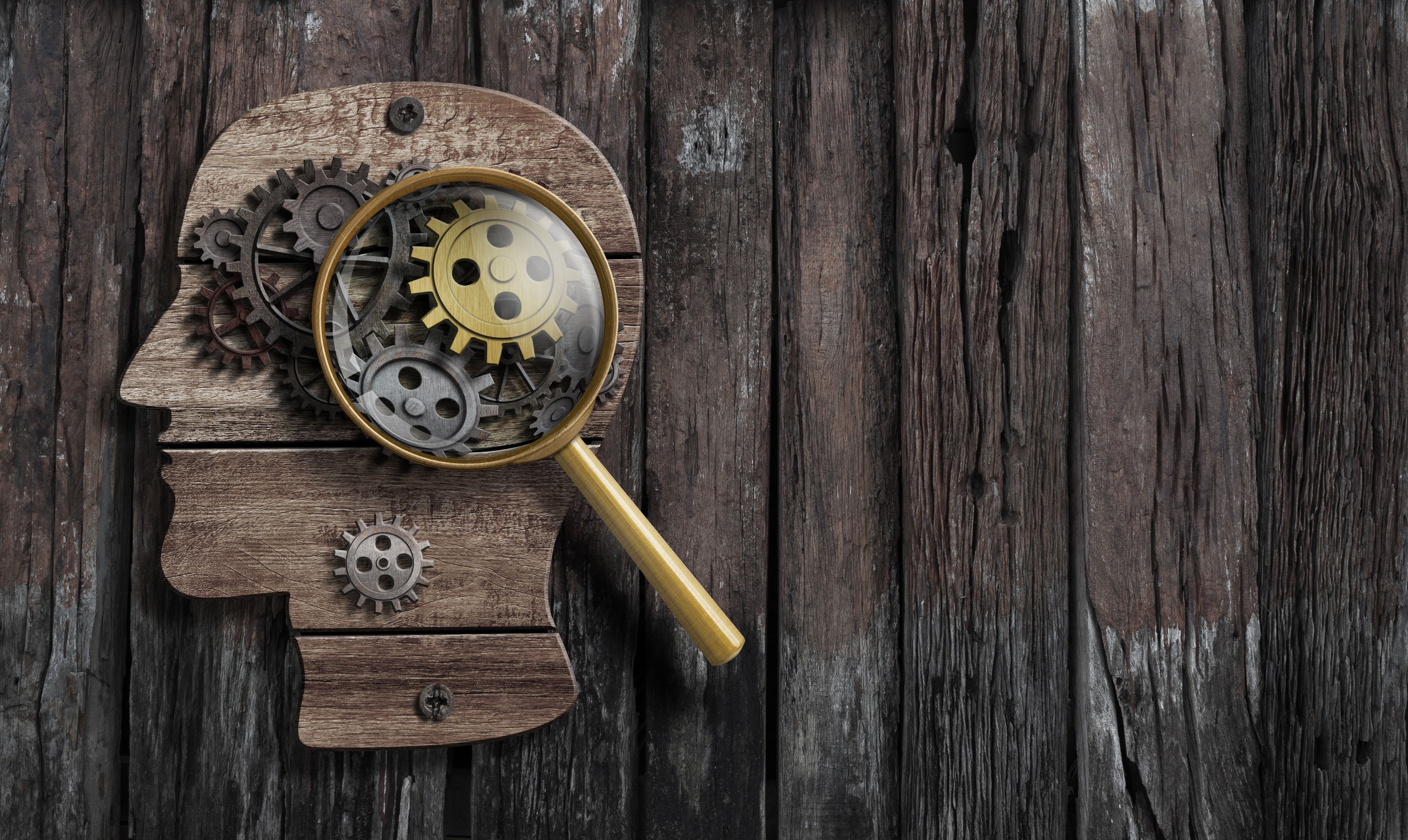 For investors with the right mindset, 2020 could be a once-in-a-lifetime opportunity.

And a new possibility has opened up that was not available before.

Consider FTSE 100 businesses that generate buckets of cash from millions of long-term contracts with their customers. I am talking, of course, about insurance giants like Aviva (LSE:AV) and Legal & General (LSE:LGEN).

Income-focused investors who may be later in life and looking to fund their day-to-day expenditure will take the hit of lower growth in order to receive stable dividend payments.

The largest companies in the UK may only grow by a couple of percent a year. And their share prices tend not to improve by very much at all. The payoff for income investors is that they get high yields as a kind of loyalty bonus for holding these stocks.

With some share prices hitting decade-long lows, a new situation has opened up. Those boring, well-run FTSE 100 and FTSE 250 companies that normally would only grow a couple of percent a year are now available at cheap share prices that we have not seen in years.

So, when the market rebounds, investors will not just get stable dividend payments, but capital appreciation too.

My picks from the stocks covered below are highly cash-generative, which means they can pull through wider market weakness and come out the other side relatively unscathed.

That is not to say you should buy straight away. Far from it. A March market crash driven by a collapsing oil price is not the time to leap in feet first without looking at what is coming. The markets could fall much further, and probably will.

But hold off on your next stock purchases, stay in cash, and when the dust settles on the other side you could hoover up some of the best-priced big company stocks you will see in your entire investing life.

Only the best-run companies can support a high-yield dividend. When share prices fall, dividend yields rise in tandem. And paying out millions of pounds a year to shareholders can take its toll even on solid balance sheets. Companies with the dual issue of rocketing dividend yields and large debt piles can see things turn from bad to worse very quickly. 2020 could see an unprecedented level of dividend cuts, in my opinion.

Look at Vodafone (LSE:VOD), for example. In May 2019, the telecoms giant cut its dividend for the first time ever. And not by a small amount. By 40%, no less. Long-term investors fled. Vodafone generates a lot of cash but it has the problem of a mountain of debt hanging over the business. The pressure of paying back this debt over the long-term harms earnings growth and saps the share price.

Take BT (LSE:BT) as our next example. At current count, BT shares pay out a whopping 12.6% dividend yield. A 12.6% dividend is not sustainable for a business of any size, even a multinational giant like BT.

The company does not have much leeway to make huge ongoing payments to investors. In 2018 it paid a 6.8% dividend, but at its lowest level of earnings cover in seven years.

BT also has a massive problem with its £8.3 billion pension shortfall. CEO Phillip Jansen has sanctioned payouts to its pension pot of hundreds of millions of pounds every year for the next decade: £400 million in 2020, £700 million in 2021 and £907 million every year between 2023 and 2030.

And it is clear that BT’s lack of earnings growth and its debts are beginning to hurt. In mid-2019 BT announced it would close nearly 300 UK offices.

Insurance businesses tend to do particularly well because they generate a significant amount of cash from their customers, but crucially do this over a very long period of time. This is not like telecoms stocks, where customers may have expensive mobile phone contracts but are switching in their droves to cheap SIM-only contracts, or broadband contracts where there is a relatively high turnover (in industry jargon this is referred to as “churn”).

Home insurance and particularly life insurance products tend not to see the same level of switching and so customers stay with their provider for much longer.

I would be looking away from telecoms stocks and towards the FTSE 100 insurance businesses.

Aviva’s share price has fallen below 320p, dropping around 7% on Monday 9 March in line with the wider FTSE fall. So, an already attractive dividend yield in the region of 7% is now above 9%. But because of its huge capital surplus and steady management, I am strongly of the belief that — unlike Vodafone, BP or the oil giants like BHP (LSE:BHP)— when the market turns around, Aviva will spring back to its former share price around 400p.When this happens, your dividend yield will fall back to 6.5% or 7%, but you will get significant capital appreciation too.

I’m a huge fan of Aviva for its careful and considerate control of debt. Its debt to asset ratio now stands at 31%, brought down from 33% last year.

2019 half-year results out recently showed the business in even better shape than it was two years ago, despite fears about the poor health of its Asian operations. Aviva confirmed on 6 March 2020 it would sell off its Indonesian business and exit the country entirely by offloading its entire shareholding to its joint venture partner PT Astra International.

While this may worry others, I’ve been keeping a very close eye on Aviva and this is part of chief executive Maurice Tulloch’s stated ambition to pare down Aviva’s balance sheet to reallocate capital to the best-performing areas of the business.

The results showed four other interesting things. Firstly, return on equity shot up from 12.5% to 14.3%. Secondly, operating profits rose 6% to a record £3.2 billion. Thirdly, Tulloch increased the dividend by 3% to 30.9p per share. Fourthly, Aviva’s capital surplus increased by £600 million to £12.6 billion.

These are all numbers that I like very much.

At current prices, you can buy Aviva shares for a price to earnings ratio of just 5.3. I’d wager these kinds of P/E ratios won’t be around for long. In 2015, Aviva’s P/E ratio was 22.8. In 2016 it was 31.7. So effectively you would be paying 31 times earnings to buy shares. It is only in the last 18 months that P/E ratios have fallen under 12 times earnings. I would rate Aviva a strong buy.

Legal & General is another well-run company with significant strength on its balance sheet. At current prices under 220p, it supports a dividend yield of 7.8% on a P/E ratio of less than 8 times earnings. The share price has not done very much for the last five years even as earnings have grown steadily.

I would have said 12 months ago at around 300p that Legal & General was a strong buy for income investors. And if a stock is a good buy at 300p it’s definitely a good buy when the shares are 25% cheaper.

Recent results showed LGEN with £7.3 billion in capital surplus, with what long-serving chief executive Nigel Wilson called “significant buffers to absorb a market downturn”. You can guarantee that Wilson could not have forseen a Saudi-Russia oil price war, but the outcome is the same.

Operating profits rose by 12% from £1.9 billion to £2.1 billion. The company has also followed the same kind of strategy as Aviva, by selling off businesses that were underperforming and cutting potential future losses. These sales generated £1.5bn so that Wilson and his team can invest in the best-returning areas of the business.

The £4.6 billion buyout for the Rolls Royce UK pension fund has been a huge marker of Legal & General’s future success, and other markets are booming too. Sales of bulk annuities rose by 25.2% from £9.1 billion to £11.4 billion, while individual annuity sales leapt 22% to £970 million.

Assets under management also rose 18% to hit £1.2 billion. Off the back of these results, the company highlighted that “our business model has been very successful for us and we are continuing its expansion abroad.” The major market for Legal & General now is the United States, where there are $3.5 trillion of defined benefit liabilities, which it said its analysis showed only 6% had transacted to date.

What would Warren Buffett do?

I will leave you with two of my favourite Warren Buffett quotes.

“Widespread fear is your friend as an investor because it serves up bargain prices.” We have widespread fear and panic right now. I would temper this by saying you should hang fire and not dive in straight away, but over the coming weeks and months you will see buying opportunities not seen in more than a decade.

“Only when the tide goes out do you discover who’s been swimming naked.” Companies swimming not just naked but with borrowed money could be on borrowed time. Some will disappear in a puff of smoke.