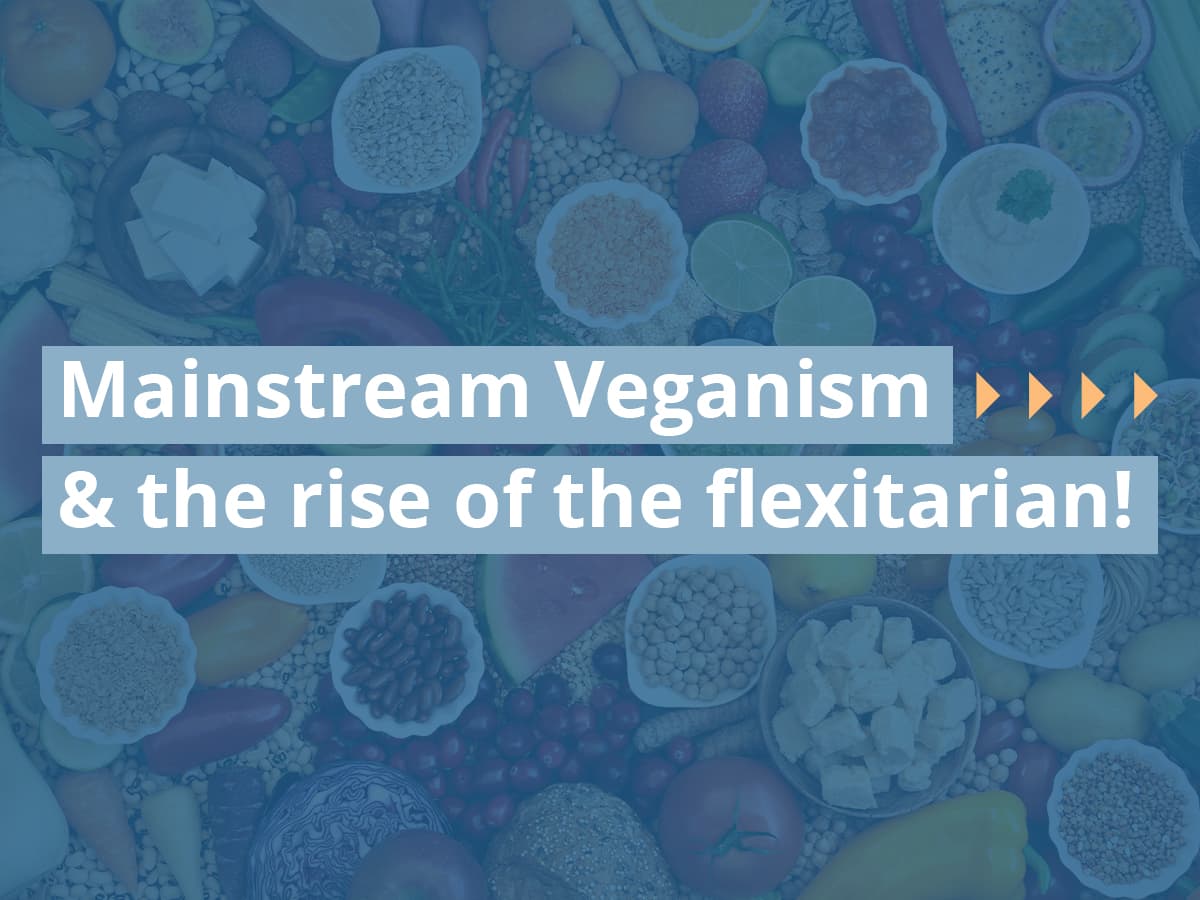 Total red meat and poultry consumption is at a record high according to the United States Department of Agriculture. Nevertheless, increasing numbers of consumers are opting to become part-time vegetarians otherwise known as flexitarians. This means they’re eating less meat and aiming to consciously enjoy meat-free days. It’s proving to be a healthy compromise between being a full-time carnivore or a vegetarian, and it’s fuelling the drive for companies to produce an improved range of vegan and vegetarian offerings. It’s important to note that not all plant-based food is vegan. Occasionally plant-based foods can contain ingredients sourced from animals.

While the Covid-19 pandemic has reinforced the importance of health and wellbeing, an increasing drive to save the planet from the climate crisis is driving the desire to eat less meat. As the world’s population explodes, plants are thought to be a healthier and more efficient way of feeding the masses. From start-ups to publicly listed giants cashing in on the trend, here are a few companies worth watching in this space.

According to anonymous sources, San Francisco-based Eat Just Inc (not to be confused with London’s Just Eat Takeaway.Com (LSE:JET), has indicated its intentions to go public. However, it hopes to first turn a profit, before listing in an initial public offering (IPO). It’s a high-growth company operating in the veganism sector, with a focus on plant-based eggs. The company was last valued at $1.2 billion but is now looking towards a $2 billion valuation at IPO. Altogether Eat Just has already raised more than $300 million in private funding. It’s now reportedly in private talks to raise another $200 million.

Eat Just is a food technology company working with rural farmers, Michelin-starred chefs, and leading scientists to develop sustainable alternatives to traditional foods. It’s Just Egg range has been doing a roaring trade and by August had sold the equivalent of over 50 million eggs. Basically, an egg-substitute, its products are made from mung beans, also known as the green gram, maash, or moong. It’s a plant species in the legume family commonly used in many Asian and Indian dishes. Mung beans are high in nutrients, protein and antioxidants and are considered a very healthy ingredient.

The company also makes eggless mayonnaise and is working on a sustainable meat development. This is a tech-heavy process developing cultured Wagyu (Japanese beef) using cells from Toriyama prized cows. Eat Just is looking to expand and intends to build its first plant protein facility in Singapore. It will operate the facility when complete and intends to get it up and running using funds from an investment group led by Proterra Investment Partners Asia Pte.

Possibly the most well-known plant-based company in the US, Beyond Meat (NASDAQ: BYND) is doing a roaring trade and enjoying mass market success. Beyond Meat listed on the NASDAQ in May 2019 and its share price has been on a roller-coaster ride. By July 2019 it had gained 240% but it’s now 32% lower than that high. Year-to-date it has gained 97% but it’s been a volatile trip.

Beyond Meat has brought out an impressive range of plant-based meals that look convincingly close to the real thing. Its signature dish Beyond Burger looks has the texture of beef but without genetically modified organisms (GMOs), soy, or gluten. Its extensive range also includes sausages, minced beef and meatballs, which can all be found in major and independent grocery stores.

Ingredion (NYSE: INGR) makes leading ingredients in use all around the world. This includes a variety of proteins from peas, lentils and beans. These are then used to develop:

In close discussion with its customers Ingredion develops value-added ingredient solutions using grains, fruits, vegetables and other plant-based materials. Its third quarter financial results for the period ended September 30, 2020, are due for release on Monday, November 2.

Hain Celestial Group (NASDAQ: HAIN) has been following a path to health and wellness since 1993. With an international presence spanning the globe, its success is owed to its wide-ranging selection of plant-based products suited to a variety of lifestyle reasons. Its Dream range includes dairy-free alternatives such as soy ice cream, yogurts and chocolate. It also sells personal care products.

Big brands vying for a piece of the action

Supermarket shelves are filling up with a variety of plant-based and vegan product lines, and big brands are not missing out on the action. Nestle (SWX: NESN) purchased plant-based food producer Sweet Earth, while consumer goods giant Unilever (LON: ULVR) has boosted its offering after purchasing organic herbal tea company Pukka Herbs.

Coca-Cola (NYSE: KO) has also ventured into the plant-based scene with its range of dairy-free smoothies packed with vitamins, seeds, and fruit juices. Its international range of juice, dairy and plant-based beverage brands include Minute Maid, Simply, Innocent, Del Valle, Fairlife and AdeS.

A 2018 Netflix (NASDAQ: NFLX) documentary called The Game Changers, highlighted the health benefits of cutting out meat. Arnold Schwarzenegger, Lewis Hamilton and James Wilks all featured in the show and some footage gave its audience valid reasons to turn vegan. However, its validity has been questioned and as much as there are undoubtedly health and climate benefits to cutting out meat, the rise of processed alternatives may not be the answer to a healthier population.

That may be so, but the rise of veganism and plant-based alternatives is here to stay. The US industry was estimated to be worth a colossal $5 billion in March 2020, according to SPINS retail sales data, which also shows that grocery sales of plant-based foods replacing animal products, have grown 29% in the past two years.

The key to building a successful business in this increasingly competitive sector is producing the tastiest, healthiest, and most sustainable range of food choices around. Billions of dollars are pouring into the industry, and it looks a promising sector to be investing in too.