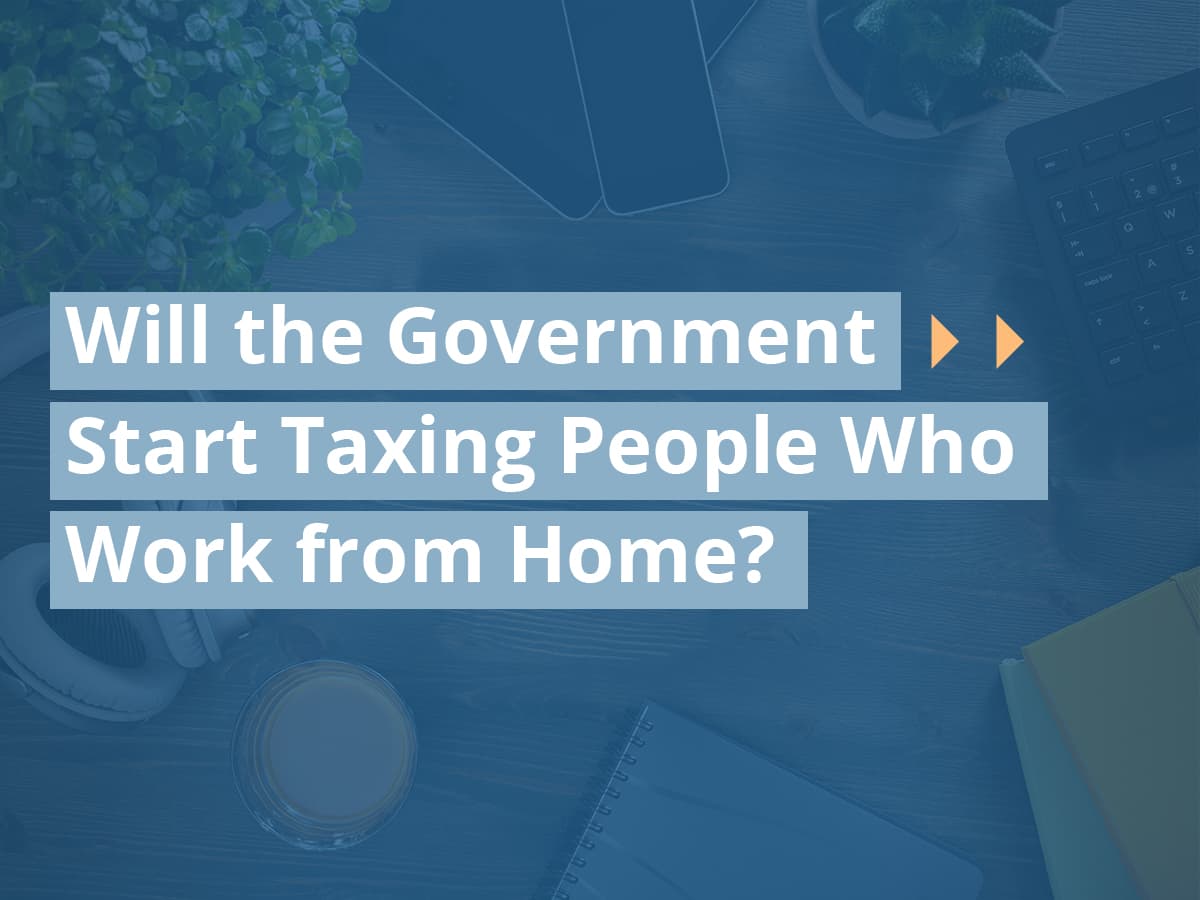 Deutsche Bank economists have proposed a controversial tax solution in the form of a work-from-home tax. The proposal suggests taxing home workers at 5%, which will then be paid to those who can’t feasibly work from home. It’s believed this would generate $48 billion in revenue in the US, whereas it could generate £6.9 billion in the UK. Employers would pay the tax, but low-income earners and self-employed workers would be exempt. It also wouldn’t apply in public health emergencies.

The argument is that those working from home save money from commuting and buying lunches, etc. However, that’s not necessarily true, because home workers must pay for their own heating, printing, utilities, internet service, telephone costs and they still need to eat. Most are expected to look smart for face-to-face virtual meetings and may incur additional costs in setting up a home environment suited to remote-working.

The justification that home workers don’t need to pay for cleaners or clothes doesn’t really wash. Home workers often find themselves working longer hours, and if their homes are on view, paying a cleaner may become a new necessity.

It could also be argued that the majority of homes are not geared up to home working. Many people are living in overcrowded spaces, and if more than one family member is attempting to work from home, it can create a tense environment. There are also security issues. While partners may have previously left their working life in the office, now both working environments are clashing in the home. To force a tax onto this already difficult and stressful situation is adding insult to injury.

Nurses, factory workers, construction workers, delivery drivers and many others, have no work from home option. The proposed tax is a way to find money to give back to them. It would provide a grant to the workers on less than $30,000 per year, under threat of redundancy and with no possibility of working from home.

In a conflicting scheme in the UK, citizens are being encouraged to apply for tax relief if they’ve been asked to work from home. Even if it’s only for one day, they could be entitled to relief for the full year. The application process is quick and easy, and if successful, the individual’s tax code is amended to automatically pay a lower rate. Those eligible have been asked to work from home. Whereas those choosing to work from home can’t apply. HM Revenue and Customs (HMRC) confirmed over 729,500 workers have already applied. It works out at a saving of around £62.40 a year for basic rate taxpayers and £124.80 a year for higher rate taxpayers.

In the US, the story is similar but less forgiving. For those US home workers paid through payroll, with the employer withholding taxes, there’s little likelihood of any tax break. In fact, in some states there may even be taxes owed. In 2018 the Tax Cuts and Jobs Act (TCJA) suspended home office deduction for employees until 2025.

The tax issues get even more complicated in the US because states have differing rules. If the employee lives in one state but their employer is based in another state, the employee may be taxed under the employer’s state. The rules are not clear, and some depend on states having reciprocity agreements with one another. Some do, some don’t. This can make matters more complicated and potentially lead to employees worse off than when they were commuting to work.

Some employers will reimburse for so-called disaster costs, such as the cost of installing high-speed internet to work from home during the pandemic. But this tends to be on a discretionary basis.

It will be interesting to see where this home working tax proposal leads. If a vaccine comes quickly enough, then it may not even be a discussion point, but that’s unlikely. Despite the obvious problems, many people love the freedom of working from home and companies are seeing benefits too. In some shape or form it’s here to stay, and the government is likely to want to look for a way to generate revenues from it. Self-employed people may already be entitled to tax breaks due to the additional costs associated with running a home office, so taxing employees for essentially doing the same thing is quite a grey area to delve into.