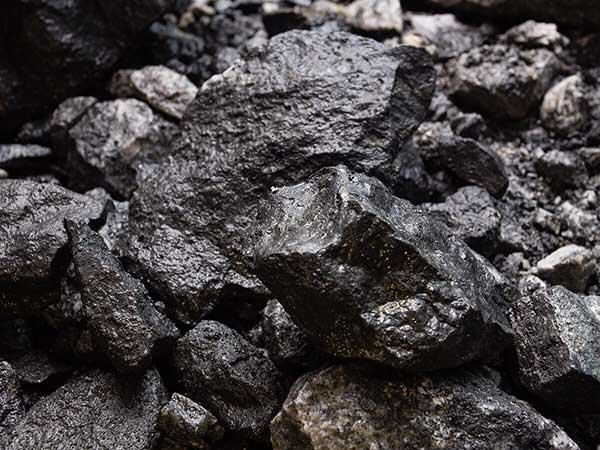 Earlier this month, investment bank Credit Suisse forecast the price of iron ore reaching $150 in 2021. Two weeks later it had exceeded that and today is around $164. That’s the highest it’s been in nearly a decade. The reason for the iron ore price rise is increasing demand and reduced supply.

Why is iron ore in demand?

With emerging markets modernising their infrastructure and striving for a middle-class lifestyle, demand for commodities continues to soar. Top of the list is iron ore because it’s a core component in the production of steel. Asian steel producers are making steel products in a variety of forms including steel rebar, steel plates and hot rolled coils. Steel is also extensively used in ship building, construction, and various manufacturing procedures.

Iron ore miner Rio Tinto (ASX:RIO, LON:RIO) agrees with the assessment that iron ore is entering a period of strength. It’s experiencing plenty of demand from the steel producers it sells to. The world’s biggest iron ore importer is China. And since appearing to emerge from the pandemic relatively unscathed, China is undergoing a construction boom.

The world’s biggest iron ore exporting countries are Australia and Brazil. And the story is the same for BHP Group (NYSE:BHP, LON:BHP) which mines in both these jurisdictions.

However, it’s not just China seeing an increase in demand for steel. The US and EU are also in the market for steel.

However, geopolitical tensions are also impacting iron ore prices. Australia is the main iron ore supplier to China, but last year heightened tensions between the two countries caused supply interruption. This in turn put pressure on the price of iron ore.

Everyone knows Covid-19 originated in China, but Australia demanded a comprehensive investigation of its cause. This led China to take offence and a trade battle ensued.

The Chinese have been buying up extra iron ore as a backup in case Australia enforces further restrictions.

Meanwhile, exports from Brazil were deemed less favourable after a disaster shook the region in 2019. Brazilian mining company Vale (NYSE: VALE) is a major iron ore producer. It has fallen from grace after causing an environmental catastrophe in January 2019, when its mining waste dam burst, killing 270 people. It recently agreed to a $7 billion settlement. But has cut its production forecasts until 2023.

Anglo-Australian metal miner Rio Tinto is thriving. Its share price has risen 36% in a year. Meanwhile BHP Group’s share price is up 63% in New York and 47% in London for the same period.

Even Brazilian mining company Vale (NYSE: VALE), which has been operating under a shadow has seen its share price rise 66% in a year.

Higher prices encourage production, which increases appetite for investment. If this comes to pass, then it should offset the supply shortages, but that will also be dependent on a successful vaccine rollout to reignite economies.

Severstal (MCX: CHMF, VIE:SVST) is one of Russia’s largest steel producers, and a source there believes the existing shortage in the global steel market will keep prices high for a good while yet.

In the derivatives market, Singapore futures for iron ore have risen over 70% year-on-year to hit a record high since this type of trading began seven years ago.

“Iron ore has become Asia’s first truly global commodity, increasingly following in the footsteps of the oil complex in terms of size and economic importance,”

In December Bloomberg reported that iron ore futures climbed as much as 5.7% to $155 a ton on the Singapore Exchange. Meanwhile, iron ore futures on the Dalian Commodity Exchange soared 10% for the first time in history crossing the mark of 1,000 yuan (US$152.9)/tonne, while hot-rolled coil and rebar in Shanghai also advanced.

Chinese producers have demanded the national State Administration for Market Regulation and the Securities Commission step in to investigate pricing in the iron ore market.

Many areas of international stock markets are operating in speculative territory and it seems iron ore may be one of these. Even the $155-$160/tonne level is considered a very high price to pay for iron ore. Nevertheless, analysts don’t expect it to drop in the near term.

While high prices are good for the miner’s stock prices and investment in the market, the volatility makes life difficult for producers. Therefore, stabilization would be preferred.

Investment in iron ore is increasing

Many new iron ore projects are in the pipeline or already underway.

The southern Labrador Trough region in Canada is a leading iron ore mining camp. Over 2 billion tonnes of iron have been produced there during the past 60 years. Last year High Tide drilled there and filed a compliant technical report. It hopes this year to follow up with a 2500-metre drill program and potentially a PEA level study.

Century Global Commodities Corp. (TSX:CNT) is another Canadian iron ore company. It also plans to spin out a subsidiary to concentrate on its fast-to-production Joyce Project, a 100%-owned 2.5 million t/a direct shipping iron ore (DSO) open pit, also in Canada’s prolific Labrador Trough. This is expected to publicly list via IPO or reverse merger in the coming months.

Meanwhile, Canadian iron ore exploration and development company Black Iron Inc (TSX:BKI, OTC:BKIRF, FSE:BIN) has 100% ownership of its Shymanivske iron ore project. It is in the process of securing funding with hopes its project will begin at the end of this year. It is based in central Ukraine and surrounded by iron ore mines already in operation. It’s also near to major steel mills serving Europe, Turkey and the Middle East with favourable transport routes to India and China too.

So, will iron ore prices continue to rise? It seems short-term they could, but long-term it will depend on how quickly the supply chains stabilize.