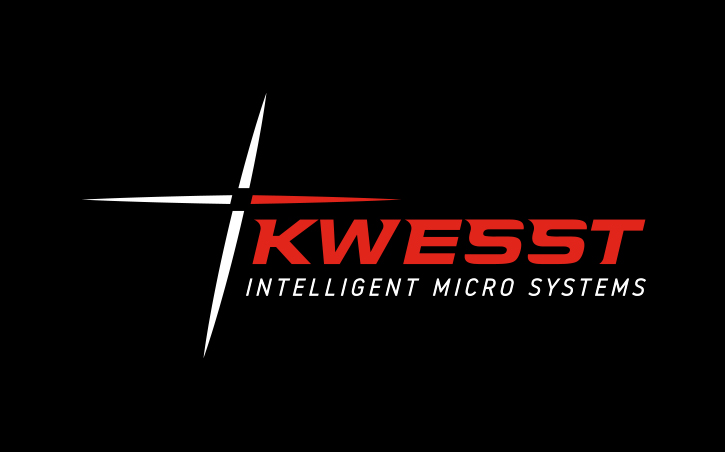 March 23, 2021 – Ottawa – KWESST Micro Systems Inc. (TSXV:KWE) (“KWESST” or the “Company”) today provided an update on its planned acquisition of a proprietary non-lethal munitions technology system referred to as the Low Energy Cartridge technology (“LEC Technology”) (for further details on the proposed acquisition, please refer to the Company’s January 18, 2021 news release). The LEC Technology is a proprietary non-lethal cartridge-based ordnance system developed by David Luxton the Executive Chairman of KWESST. KWESST has received confirmation from intellectual property counsel that provisional patents for the LEC Technology have been filed by David Luxton, the inventor of the technology. These patents will be assigned to KWESST upon closing of the acquisition. KWESST has also received approval from the TSX Venture Exchange to proceed with the acquisition. The closing of the acquisition is expected to take place shortly.

The LEC Technology is a novel proprietary combination of cartridges that fire from a dedicated firing device, with a range of projectile payloads specific to the intended application. The LEC Technology system comprises three main aspects: (i) a dedicated firing platform in a non-standard calibre to ensure “live fire exclusion” for safety; (ii) a non-lethal low energy cartridge case and actuator; and (iii) a non-lethal polymer projectile with various payloads depending on the intended application (public order, training, personal defence or high-action gaming). The calibration of energy dynamics between the firing platform, the energy in the cartridge and the velocity of the projectile combine to ensure reliable functioning of the firing platform and terminal effects that are non-lethal (typically by ensuring muzzle velocity remains under 400 fps). There are two versions of the LEC cartridge: (i) one for non-reciprocating firing platforms, such as revolvers and shotguns; and (ii) one for reciprocating firing platforms, such as automatic pistols, sub-machine guns and assault rifles.

“Competing products such as traditional air-powered systems for public order, personal protection and gaming have limitations which the LEC Technology does not,” said Jeff MacLeod, President and CEO of KWESST. “Air powered systems require high maintenance due to synthetic seals and “O” rings that dry out or burst, leading to complete failure. They have variable performance due to the effect of ambient temperature on compressed gas, especially in cold weather. Systems utilizing compressed gas, cannot typically be stored with gas in the system as the aforementioned seals and “O” rings will allow the gas to escape over time, potentially rendering the device unusable when needed the most. Other alternatives, such as Taser, carried by some 400,000 American patrol officers, can also be unreliable in certain situations with, as an example, an effectiveness rating of 57.1% being reported by LAPD(1)”

“The kind of fatalities that have led to widespread protests in the U.S. are just one example of the need for more advanced solutions that enable law enforcement to engage with more benign devices from a safer stand-off distance and ensure that everyone goes home alive,” observed David Luxton.

The market development of the LEC Technology will benefit from the deep combined experience of Jeff MacLeod and David Luxton in the specialty ordnance business. Mr. MacLeod is a highly knowledgeable defence industry executive with over 20 years’ experience in the field of small arms and advanced soldier systems. Prior to establishing KWESST, he was the General Manager of Colt Canada, the primary supplier of small arms to the Canadian military. David Luxton was the founder in 1990 of Simunition Inc., a business that develops and sells simulated munitions for realistic close quarters combat training for military and law enforcement around the world. He sold the business to a large military contractor and from 2015 – 2018 he was the Executive Chairman of United Tactical Systems LLC, a U.S. company that develops and sells products for the global less-lethal market.

KWESST develops and commercializes high-value ultra-miniaturized technology applications that make a critical difference to the safety and operational effectiveness of personnel in the defence and security industries. The company’s current portfolio of unique proprietary offerings include: its signature TASCSTM (Tactical and Situational Control System) for real-time awareness and targeting information from any source (including drones) streamed directly to users’ smart devices and weapons; the autonomous GreyGhostTM soldier-portable micro drone missile system that defends against small hostile drones including swarms using high-speed kinetic impact; a Ground Laser Defence system to counter the emerging threat of weaponized lasers against personnel; and, the PhantomTM electronic battlefield decoy system to mask the electromagnetic signature of friendly forces with decoy signatures at false locations to deceive and confuse adversaries. All systems can operate stand-alone or integrate seamlessly with OEM products and battlefield management systems including Frontline, Edge, Killswitch and ATAK (Android Tactical Assault Kit) among others. KWESST also has developmental “smart ordnance” projects including its “Shot Counter” system, which records the number and type of rounds fired, for optimized firearms maintenance and performance. The Company is headquartered in Ottawa, Canada, with representative offices in Washington, DC, London, UK and Abu Dhabi, UAE. KWESST trades on the TSX Venture Exchange under the symbol KWE.