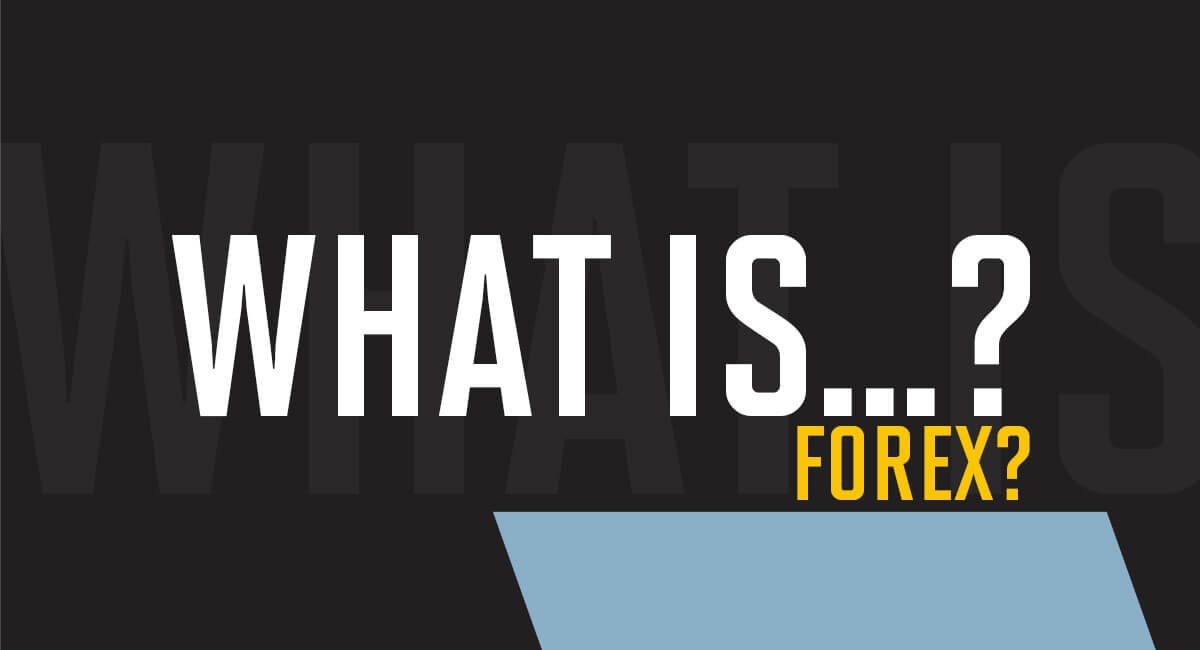 Currencies vary from country to country. Sometimes, several countries share a currency, such as the Euro, across multiple European countries.

Foreign exchange exists so that one currency can be exchanged for another. This is used in commerce, tourism, and trading. Its purpose is to smooth the process of conducting international business.

While most investors are aware of stock market trading, cryptocurrencies, ETFs, and index funds, not everyone understands forex. Forex trading is an alternative form of investing in a category all its own.

Someone trading the CAD/USD pair speculates on the Canadian dollar price against the United States dollar price.

While stocks are exchanged on recognized stock exchanges, there is no such physical establishment for forex. Currency trading consists of millions of electronic transactions via computers. This takes place in what’s known as the over-the-counter (OTC) market.

The forex market operates 24 hours a day across most of the world’s time zones, resulting in five and a half days of forex trading opportunities.

Currency values fluctuate constantly. These fluctuations are primarily caused by interbank trading on a vast scale. In fact, the forex market is the largest investment marketplace in the world.

It takes place via all the world’s most prominent financial hubs. These include New York, London, Tokyo, Frankfurt, Paris, Zurich, Hong Kong, Sydney, and Singapore.

As long as people could barter for goods, there’s been a kind of currency market. But the forex market we speak of today has evolved in recent decades.

From 1944 to 1971, the Bretton Woods agreement determined that gold should back the United States dollar. From here, other currencies were then pegged to the value of the US dollar.

When this agreement ended in 1971, currencies began to float against one another unrestricted.

Banks saw an opportunity to make money from the price fluctuations, and so began the forex market we know today.

Nowadays, anyone with a computer connection can trade forex. Individuals can trade a wide variety of major and minor forex pairs at brokers offering Spread Betting or CFD trading accounts.

But that’s not necessarily a good thing.

Forex is a highly speculative and, therefore, risky investment strategy. Some individuals become very successful Forex traders, but it’s a fool’s errand for the majority and better left to experienced financial institutions.

The strength of a currency depends on various factors such as geopolitical climate and current events.

The US dollar remains the most popularly traded currency, and it stands to reason that developing countries have less value in their currencies than the world’s richer nations.

The following currency pairs are estimated to make up around 80% of all forex trading volume.

What are the most popular Forex currency pairs?

What is a pip?

Currency quotes are priced in pips. A pip is the smallest unit the quote can be denominated in. It is short for percentage in point or price interest point and represents a tiny measure of the change in a currency pair in the forex market.

A pip can be measured in terms of the quote or terms of the underlying currency. Traders must closely monitor the minuscule price movements of pips to keep track of their forex profit and loss balance.

Forex traders can either earn the difference between currency interest rates or profit from fluctuations in the exchange rates.

There are many reasons currencies need to be exchanged, but this usually comes down to conducting foreign trade.

For instance, when people travel abroad, they need to use the local currency. Therefore, they exchange their domestic currency for the currency of the country they’re visiting. Or the bank does it automatically when using digital banking.

The same goes for importing and exporting. If a company in Japan wants to buy Scottish whisky, it must pay for the whisky in GBP. This means the importing company must exchange the value of its Japanese yen for pounds.

One key advantage to the forex market is its variety of flexible trading opportunities on a 24-hour basis.

As well as straight cash trades, also known as spot trades, derivatives trading is popular in the forex market.

For example, shorting a currency is common when a forex trader believes the currency is likely to lose value.

The unknown outcome of Brexit weighed heavily on the pound between 2016 and 2020, leading speculators to short the pound. It then began to rally as an end was in sight.

The most famous currency short took place in 1992, when legendary investor George Soros bet the value of the British pound would fall. He was right in spectacular fashion and, in one single trade, made a billion dollars for his fund.

This story goes to show the money-spinning potential in trading forex. And that’s why all the world’s biggest banks have forex trading desks.

The spread is the difference between the buy price and the sell price. If the two are wide apart, it costs the trader more to be in the trade. This leads to losses and lower-than-expected gains.

With the liquid nature of the forex market, tight spreads are an advantage.

They ensure a trader’s costs incurred are relatively low. While it might not make a big difference to individual trades, these narrow spreads help boost profits margins over the course of several.

The advent of the internet brought all kinds of investment opportunities to the masses. Forex is one of them.

Before electronic markets, it was almost impossible for individual investors to access the currency markets. That’s because a large cash balance was necessary.

Nowadays, investors can trade on leverage (borrowed funds), so the barrier to entry is lower. But this also makes it extremely risky.

The fact that currency values can alter with the slightest announcement or event, makes for a very unpredictable market. This also makes investors highly susceptible to sustained losses.

When Covid-19 was rampaging through Europe, the value of the Euro fell. Similarly, this occurred in the UK and US when the pandemic was at its worst there. This uncertainty has brought extreme volatility to the currency markets.

The European Central Bank (and its Central Bank peers) has the power to implement monetary policy and banking supervision measures to mitigate the effects of a crisis such as the pandemic.

Large financial institutions are motivated to ensure currency prices fall in their favor. By flooding the market with large orders, they can potentially influence the prices with a level of precision that allows them to consistently profit.

But really, their opportunity to manipulate prices is not as easy as it may sound.

The banks involved in interbank forex transactions do not have to make disclosures, which makes operating in this territory dangerous. Therefore those participating in the interbank network must calculate both their sovereign and credit risk to stay protected.

The entire landscape is built on supply and demand. And this colossal market has such liquidity that manipulation of a currency price is complex.

Foreign Exchange | Forex | Trading | what is..?