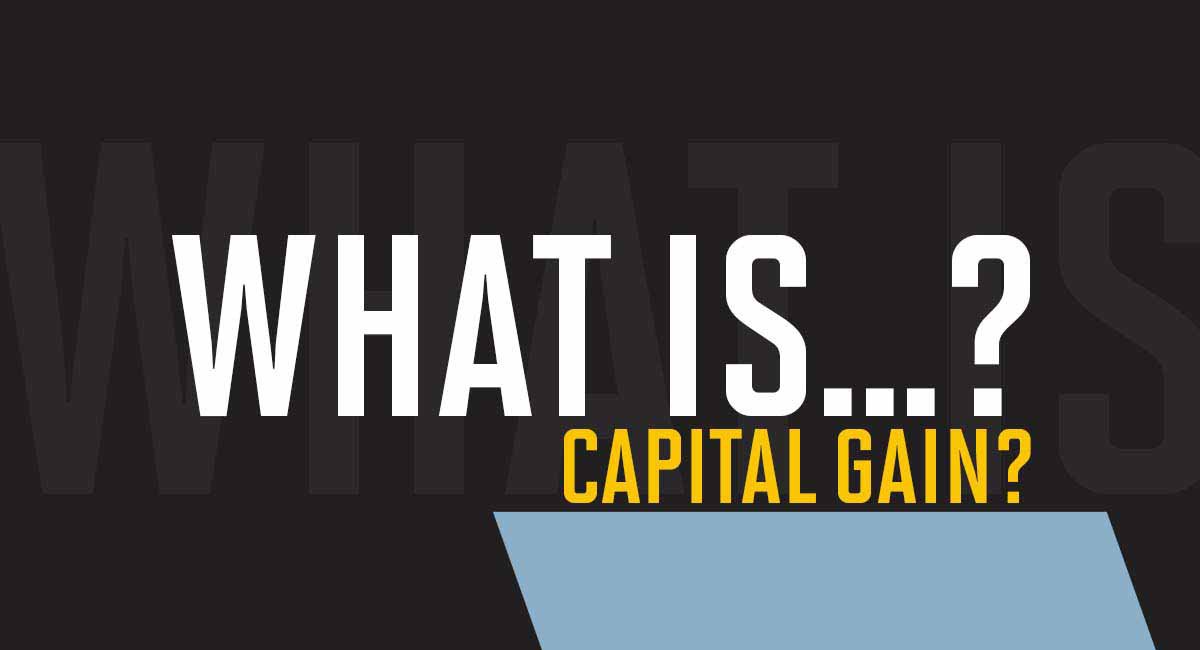 Capital gain is the growth in a capital asset’s value once the asset is sold. Typically associated with stocks and funds due to their price volatility, capital gains can be realized on any security that is sold for a higher price than it was purchased for. The capital gains would then trigger a taxable event.

Not all capital assets will realize capital gains and when a loss is incurred this is called a capital loss. While stock prices throughout an investor’s portfolio will rise and fall, they are not considered a capital gain or capital loss until the asset is sold. Instead, they may be referred to as paper gains and losses and reflect the value of an investment, but in the instance of a gain, it would not be liable for tax until the asset was sold.

The capital gains would be the difference between the price they initially paid and the amount they sold for, i.e. $4000 minus $2000, in this example, the investor would realize a capital gain of $2000. The capital gains of $2000 would then be liable for tax.

The amount of tax due would depend on how long the investor had held the asset. The longer an asset is held the more favorable the tax rates are.

When it comes to mutual funds, any realized capital gains throughout the year must be distributed to shareholders. Many mutual funds distribute capital gains just before the end of the calendar year. Once received, investors complete a 1099-DIV form that details the amount of capital gains and whether it is considered short-term or long-term.

Mutual fund investors that are tax-conscious often determine the capital gains exposure before investing to limit their tax obligations.

While capital gains refers to the increasing value of an asset once it has been sold, there are two categories that these gains fall into for tax purposes, they are:

The advantages of capital gains include:

Can be a good long-term strategy

Long-term capital gains can be a good strategy for investors to grow capital and providing they hold the securities for longer than a year, the tax the investor would be liable for would be at a more favourable rate.

One of the biggest benefits of capital gains is the ability to offset gains with capital losses. For example, if an investor makes a capital loss of $2000 on stocks and later in the same year makes a gain of $3000, they will partially offset each other. Leaving the investor liable for tax on just $1000 of the $3000 gain.

The disadvantages of capital gains include:

Can be tax heavy

Depending on how long an investor holds a security before realizing a capital gain can significantly impact their capital gains tax liability. If held for less than a year they could be liable for anything between 10% and 37% of the gain.