When copper producer Cradle Arc (LSE:CRA) stormed onto AIM in January, it was immediately clear the firm knew precisely what it wanted to achieve. Its central asset is the Mowana mine in Botswana, where it plans to more than double nameplate production to 22,000 tonnes of copper a year if it can successfully introduce a technique called pre-concentration. With Cradle Arc soon to decide whether it can do this, we asked CEO Kevin van Wouw what this potentially game-changing piece of news could do for the company’s shares, currently valued at 6.9p.

Cradle Arc is the 60pc owner of Mowana alongside South African firm ZCI. Mowana was in operation between 2008-2015, processing an average of 775 thousand tonnes ore a year at an average grade of 1.72pc copper, before being shut due to weak copper prices. Mowana’s latest independent mineral resource estimate, released at the beginning of this month, gives it a measured and indicated resource estimate of 40 million tonnes of ore containing 466,000 tonnes of contained copper. Given that commissioning Mowana cost more than $170m, the $12.3m Cradle Arc paid for the mine seems like an excellent deal based on these figures. Such deals often happen at the bottom of the cycle.

Alongside ZCI, Cradle Arc has remodelled Mowana to process copper from a much lower cost base and put it back into production in January. Unlike the mine’s previous operators, Cradle Arc is treating oxides as waste and will target the deeper sulphide and transitional ores, where more copper is present. So far, it has stripped out between 70-80pc of the oxides at Mowana. Van Wouw told us he could see where the previous operators were going wrong straight away:

‘The plant they built relied on recovering copper out of oxides through flotation in the early years. I did not think that would work as you have to treat oxides like waste and get through them. This approach requires work to strip that oxide out of the way, which we have done.’

One of the key drivers behind Cradle Arc’s float in January was ramping up Mowana to nameplate processing capacity of 1.2 million tonnes of ore a year. Earlier this month, the firm announced it had secured a further $10m of debt funding to accelerate this development further.

Current nameplate capacity yields around 12,000 tonnes of copper a year, giving Mowana a net present value (NPV) of $87.4m, according to Cradle Arc’s estimates. This NPV was calculated using an average copper price of $2.84/lb and average all-in cash costs of approximately US$4,400 per tonne of copper. For a cost of around $20m, the company plans to more than double this NPV by installing a Dense Media Separation (DMS) unit, which will carry out a process called pre-concentration. This process increases the grade of ore early in the mining process to avoid feeding low-quality material to the plant that will cost more to process than it’s worth, making way for more high-quality ore. Cradle Arc believes Mowana’s plant could process up to 2.6 million tonnes of ore per annum with pre-concentration, producing around 22,000 tonnes of copper a year. All-in-all, with the process lowering production and cash costs, Cradle Arc expects Mowana’s NPV to increase to a whopping $245m.

So, when will this happen? An independent test report in January confirmed that the process could be carried out at Mowana. Van Wouw told us he now expects to make a pre-concentration decision once the business has put out its maiden JORC (2012) ore reserve estimate for Mowana in Q2 this year.

Aside from improving processing rates, Cradle Arc also plans to increase Mowana’s life of mine using its hefty supply of inferred resources, which most recently came in at around 34 million tonnes containing 395,000t copper. According to Cradle Arc’s most recent presentation, Mowana’s life of mine sits at 11 years processing 2.6 million tonnes of ore a year. Van Wouw believes the upcoming ore reserve estimate will extend this further and after taking the inferred resources into account, he expects Mowana’s life of mine to increase even further. He said the firm would be ‘drilling in front of itself’ going forward to push these resources into a higher category:

‘We are quite confident that we will convert inferred resources into the measured and indicated resource category. Over the coming years, we will be improving that data by drilling ahead of all our mining phases. You can expect a half-yearly update to the resource.’ 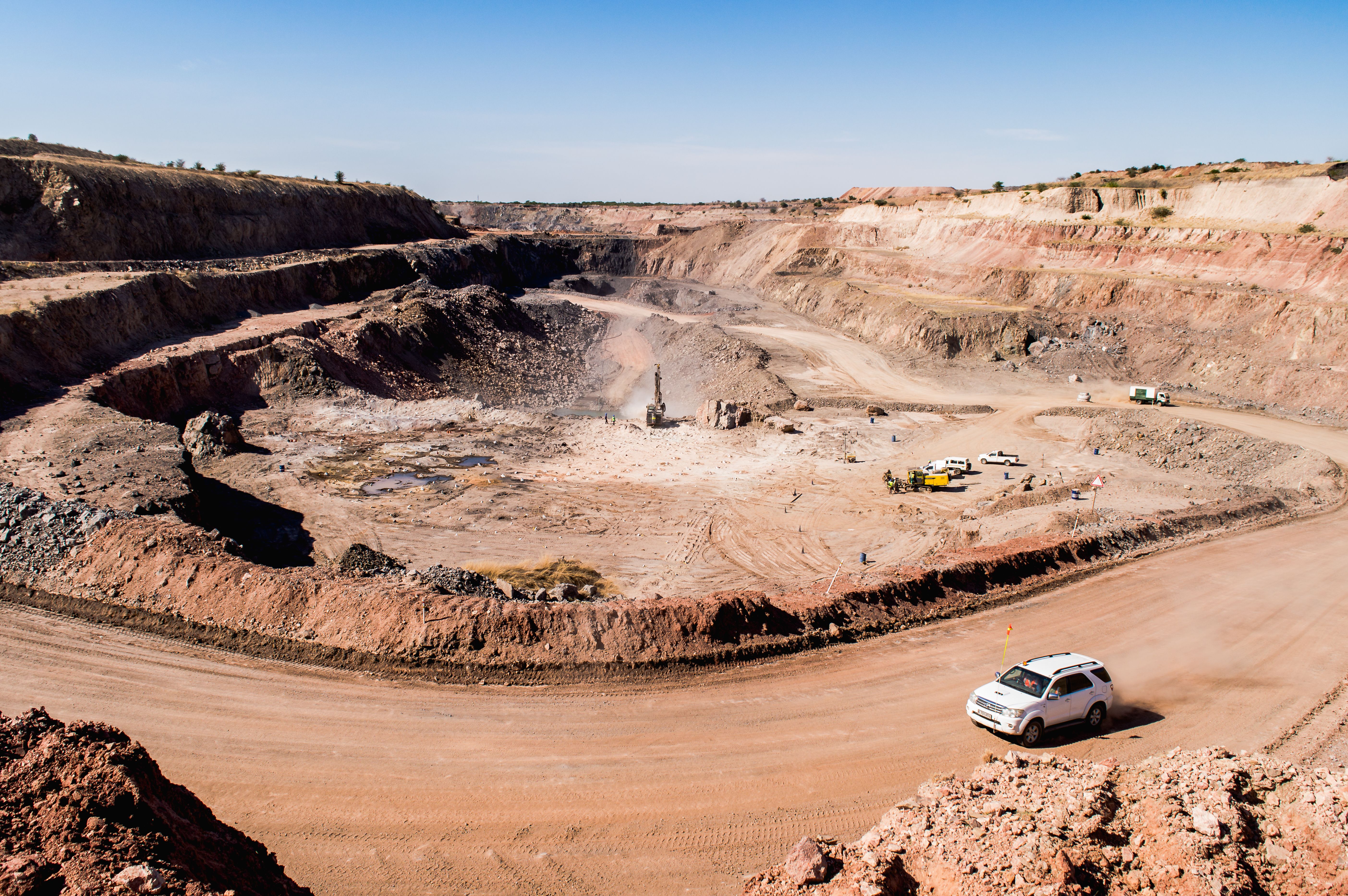 A healthy macro backdrop also supports Cradle Arc. Botswana, where Mowana is based, is regularly voted the number one mining jurisdiction in Africa for international players. Van Wouw describes Mowana as the ‘Switzerland of Africa’ due to its political stability, highly-educated, English-speaking population of just 2.2m people, supportive, accessible government, and lack of exchange control. The only negative is a 15pc tax on foreign dividends, although this pales in comparison to many other withholding taxes.

Cradle Arc is also benefitting from growing demand in the global copper market. Copper prices hit their highest level in almost four years at the end of 2017, breaking through $7,000 a tonne, with strength continuing into 2018; prices currently sit at just below $6,900/t. Copper’s diversity means strong global economic growth, an increasing global population, and a healthy market in China – its most significant consumer – have boosted demand. The soaring popularity of electric vehicles is also helping, with these cars typically requiring around 100kg of copper compared to just 16kg needed by a car with a traditional combustion engine. At the same time, a slow recovery in prices since the commodity downturn has led copper projects to be in short global supply. Goldman Sachs predicts the copper market could face a deficit of 130-kilotonnes in 2018, potentially helping prices to rise above $8,000/t by 2022.

Cradle Arc aims to become a diversified metals producer in Africa, meaning its projects naturally extend beyond Mowana. The most significant of these is the wholly-owned Matala gold project in Zambia, which has an indicated and inferred resource of 568,000 ounces gold, and, subject to financing, offers near-term production potential. To help advance the project, Cradle Arc recently entered an agreement giving Singa Holdings Zambia Private Limited an option to establish a joint venture and a potential option to acquire the entire issued share capital of Luiri Gold Mines Limited, the company’s wholly-owned subsidiary, which holds the project. Van Wouw told us that this partnership represents the best path towards potential production in the near to mid-term, while also creating financial revenues that will support the planned upgrades at Mowana.

The business also owns stakes in two Mali-based joint venture projects: the Karan Gold Project with Cora Gold and the Kossanto West Gold Project with Randgold Resources. Van Wouw said the sites, which are funded and managed by the JV partner up to pre-feasibility study in return for a 65pc stake, require little involvement at the present stage but could potentially offer a lot of upside.

Cradle Arc is also open to further opportunities down the line. Van Wouw expects Mowana to become highly cash generative in the not-too-distant future. As a result, he believes Cradle Arc will get to a point in the medium-term where it can decide what to do with extra cash. Indeed, dividend payments are even on the cards:

‘Some of this cash could be used to return value to shareholders, and some could be used to grow the company with other projects. We see ourselves as an operator rather than an explorer, and we would look at assets that could fit this. We would probably focus on base and precious metals and more secure African destinations as they become available. For example, rather than moving into Zimbabwe or South Africa we would look at Zambia, Namibia and Botswana as these are areas we know quite well from our existing operations.’

As Cradle Arc only listed in January, there is currently little financial data available on the firm. But with the business raising £3.25 million in pre-IPO funding and a further £2.4 million at float just a few months ago, it is likely to be well-funded still- especially with this month’s $10m debt facility in tow. On the borrowings side, the company acquired Mowana with $44.5m of debt compared to $110m under previous owners. Of this debt, $21m is payable over ten years, $10m over 24 months and $10m over 33 months. Finally, from a cash generation perspective, Van Wouw said he expects Mowana to enter the black in the next three or four months with profits continuing to grow into the future.

This is a rough calculation, of course, and implementing pre-concentration is expected to cost around $20m alone. However, with Cradle Arc appearing confident in Mowana’s prospects, it is likely that many would call its current £15m market cap undervalued. Naturally, Van Wouw is one of these people. However, he told us this undervaluation does not surprise him given the project’s early stage of development. He believes a lot of investors are waiting on the sidelines until the release of Mowana’s ore reserve estimate this quarter and, crucially, the subsequent pre-concentrate decision.

He told us: ‘When we get Mowana to that nameplate capacity of 12,000 tonnes a year and start ramping up to 22,000 tonnes I think it will be easier to benchmark us as to where you can see our market cap moving. So yes, we think we are very undervalued, but that is a reflection of the fact we have just listed and started ramping up production. We think that the stock is currently very tightly held. I believe everyone is waiting for us to publish our reserve numbers and make a pre-concentration decision because that then pushes the present value of the project to well over $200m. I think everyone is expecting quite a significant bump in the share price when that happens.’

Van Wouw is very much the beating heart of Cradle Arc, working on Mowana in some form or other for many years and, in a more literal sense, being the owner of around 57pc of its shares. As a metallurgist with over 30 years of mining industry experience, he is a strong leader for the firm as Mowana’s development continues.

Cradle Arc is a young company, but it owns a significant stake in an active mining project which is in a stable jurisdiction and part of the robust copper market. It also has interests in some other promising assets. At current nameplate production, Mowana is undeniably a strong prospect. However, it is the introduction of pre-concentrate that could genuinely turn it into a game changer. The potential for 22,000 tonnes a year of copper production is tantalising. And this could increase further. With that in mind, investing in Cradle Arc becomes a punt on it being able to go ahead with plans to introduce the DMS unit at Mowana. Some may wish to wait to find out more about Cradle Arc as newsflow is released this year, but given management’s apparent confidence in Mowana’s progression, its current 6.9pc share price looks tempting.

Disclosure: Daniel Flynn does not own shares in the company mentioned.