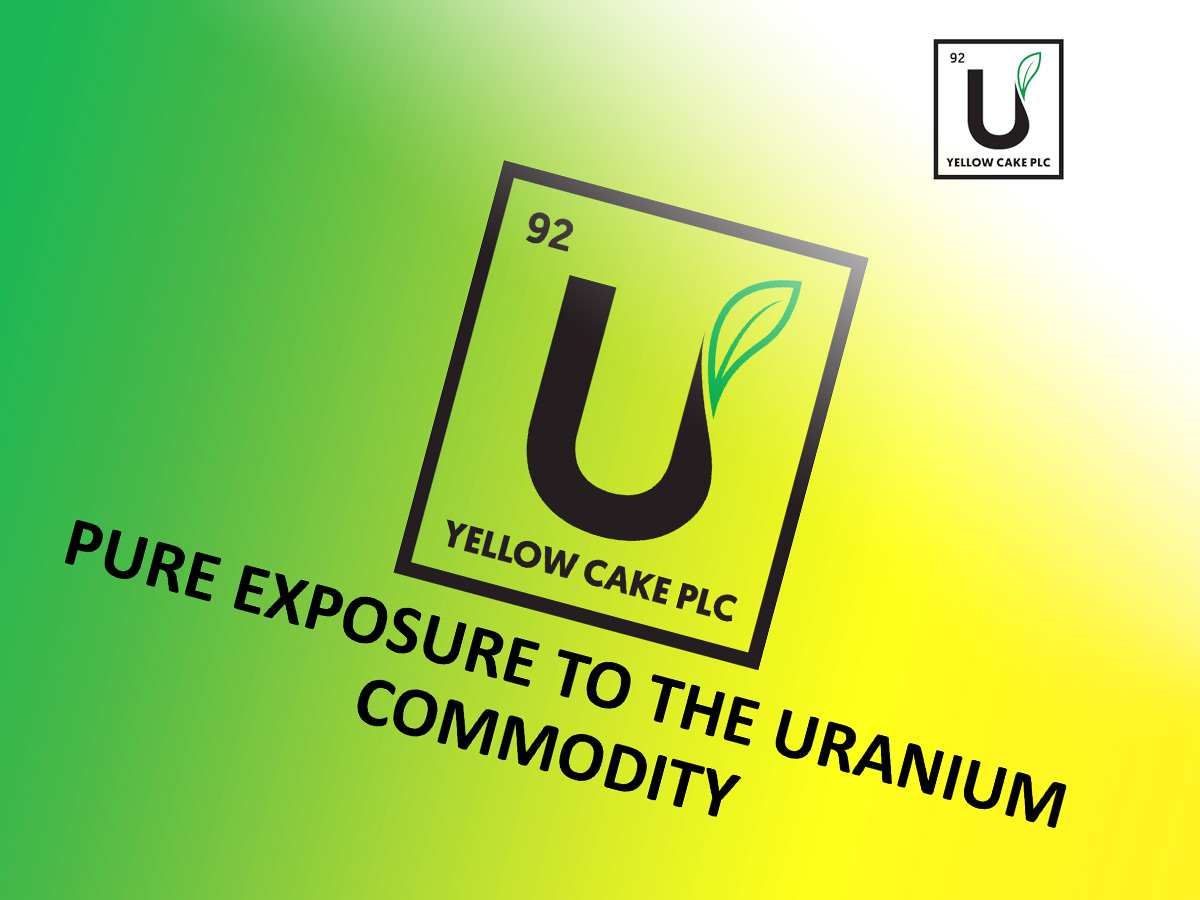 It’s still early days for the price chart of Uranium stockpiler, Yellow Cake (LSE: YCA). We covered the company when it launched on AIM at the beginning of July and it subsequently went on to enjoy an initial run from 200p to a high of 260p, hit 2 weeks ago. Since then a pullback has ensued, and for those seeing potential in a contrarian play of exposure to Uranium, the dip may be offering a great opportunity to enter. 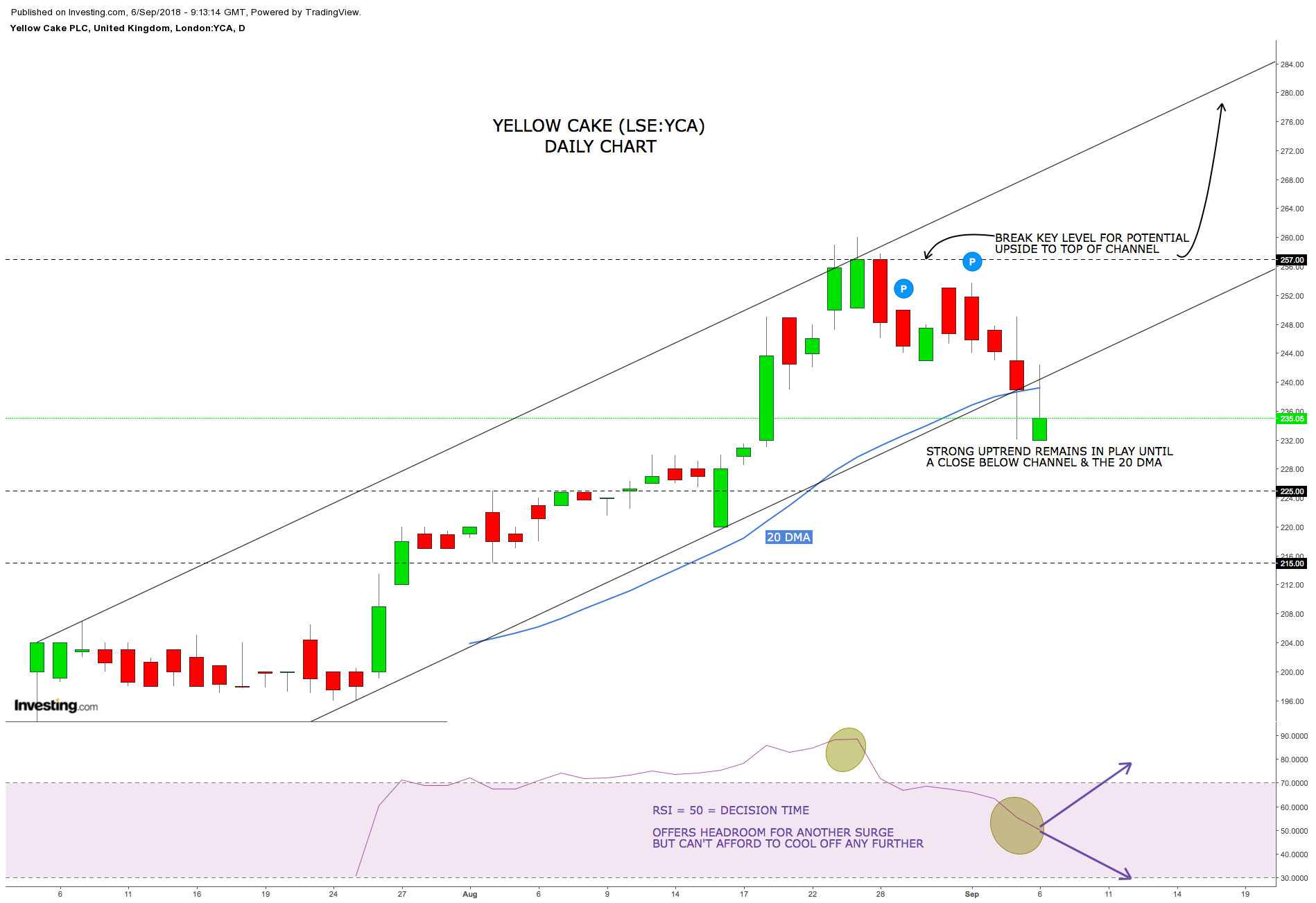 The price action has been typical of a first spurt as the market judges the value of the stock.  An upward trend experiences backward steps along the way until it finally has a more significant pullback as investors identify a peak price and profit is taken. There are a number of indicators to look out for.  The first and most obvious is a fall out of the current trend channel. This coupled with a dip below a supporting Moving Average is a strong signal the stock may need to take a breather and rebalance. Yellow Cake, dipped below its channel bottom yesterday but was met by decent buying to allow it to close just inside, and also just above its 20 Day Moving Average (DMA). Today, however, the price is again testing the markets resolve having dipped to yesterday’s low. It’s currently sitting below support and a close below 240.5p would suggest further short-term downside.

With such a short period of trading behind it, there are no established support levels but it appears the 225p area is likely to offer some support.  Failing that 215-217p would be the next guestimate. The Relative Strength Index (RSI) was very oversold and indicated 260p might be time to take some profit. It’s at a key juncture now at around 50. While a cooling dip is essential to allow headroom for the next upward stint, holders will want to see it move back up from its current midpoint – failure to do so gives further weight to a larger pullback.

On 10th August, Yellow Cake announced it had purchased more Uranium and stated its Pro-forma Net Asset Value (NAV) was 227.99p per share at the end of July. Since then the Uranium Spot Price has seen a small gain from $25.78 to $26.30. However, Yellow Cake is a much longer-term play, with investors banking on an end to the decade-long Uranium bear market coming into sight.