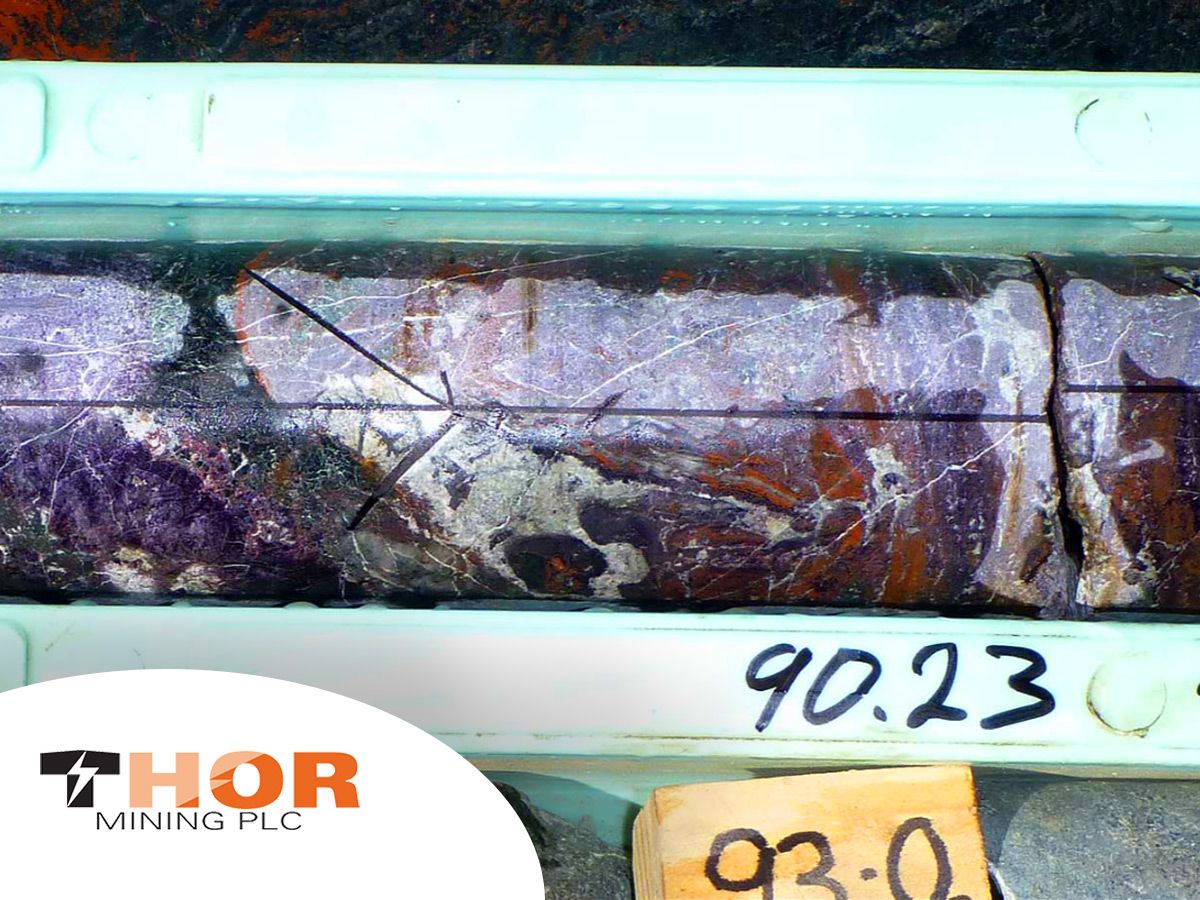 Thor Mining’s (LSE:THR) Molyhil project is known for being one of the Western world’s higher-grade open tungsten and molybdenum projects. However, a prospectus released back in August 2006 suggests that the asset also boasts copper mineralisation that could boost its attractive economics further.

Wholly owned by Thor, Molyhil is based in Australia’s Northern Territory and consists of two adjacent magnetite skarn bodies with economic mineralisation of scheelite, molybdenite, and magnetite. Thor has carried out large amounts of work on the project including resource extension drilling, metallurgical test work, technical, environmental and social studies, and environmental permitting.

An upgraded feasibility study published last year gave the project a A$239m (c.£130m) EBITDA and a post-tax payback period of within 18 months of first production. Meanwhile, the work also gave the asset an all equity NPV(5) of A$101m (c.£55m), a 59pc IRR, and a seven-year mine life with potential for underground extension. More recently, drilling at the nearby Bonya tenements has strongly suggested several additional years of mine-life at Molyhil.

These figures were derived from an updated open-cut ore reserve statement published in January last year. This gave Molyhil probably reserves of 3.5MMts at 0.29pc tungsten trioxide and 0.12pc molybdenum – equivalent to 10,200t and 4,300ts of each metal respectively.

There is no question that these figures paint a promising picture for Molyhil’s prospectivity. However, a quick look back at a project resource estimate contained within a Thor prospectus released more than a decade ago suggests that the project’s tungsten and molybdenum resources could be complemented by the presence of copper. Indeed, the work, which was carried out to a 150m depth, gives Molyhil a total resource of 2.4MMt at 0.072pc copper – split between 0.088pc measured, 0.06pc indicated, and 0.1pc inferred.

Now, this resource estimate is clearly dated – indeed, the total resource estimate of 2.4MMts sits well below the figures used in the asset’s most up-to-date feasibility study. Likewise, a copper resource of 1,728ts (2.4MMt * 0.072pc) is hardly going to set the world alight on its own. However, with current prices valuing this stock of the red metal at around £10.5m, its inclusion in Molyhil’s overall economics could be significant.

Indeed, this figure would underpin a large portion of Molyhil’s current $43m (£33.8m) project finance estimate. As such, it could help to cut Thor’s project payback period from 18 months to an even shorter timeframe. What’s more, all of Molyhil ore must be processed comprehensively to produce tungsten – the site’s most valuable metal. Part of this process involves floating off any associated Molybdenum and sulphides. With this in mind, it seems likely that floating off any copper would come at very little additional cost.

These points could provide Thor with some additional support as it continues to finalise offtake agreements at Molyhil. At the end of last month, the business’s executive chairman Mick Billing said his confidence in securing agreements ‘remains firm’, adding that the business has seen positive engagements from numerous players. Could an additional copper resource help to push a deal over the line?

Finally, the presence of copper at Molyhil would complement the potential offered by Thor’s 40pc-owned, adjacent Bonya tenements. Last November, an initial estimate gave the historic Bonya Copper Mine deposit an inferred resource of 230,000ts grading 2pc copper. Following this, drilling earlier this month at Bonya’s Samarkand prospect encountered 5m at 0.5pc copper from 9m, 12m at 0.69pc copper from 22m, and 6m at 0.97pc copper from 38m.

All-in-all, the historic copper on offer at Molyhil is unlikely to be a game-changer for Thor on its own. However, if the company decides to re-visit the resource, it could prove to be a deal-maker for any potential financier.