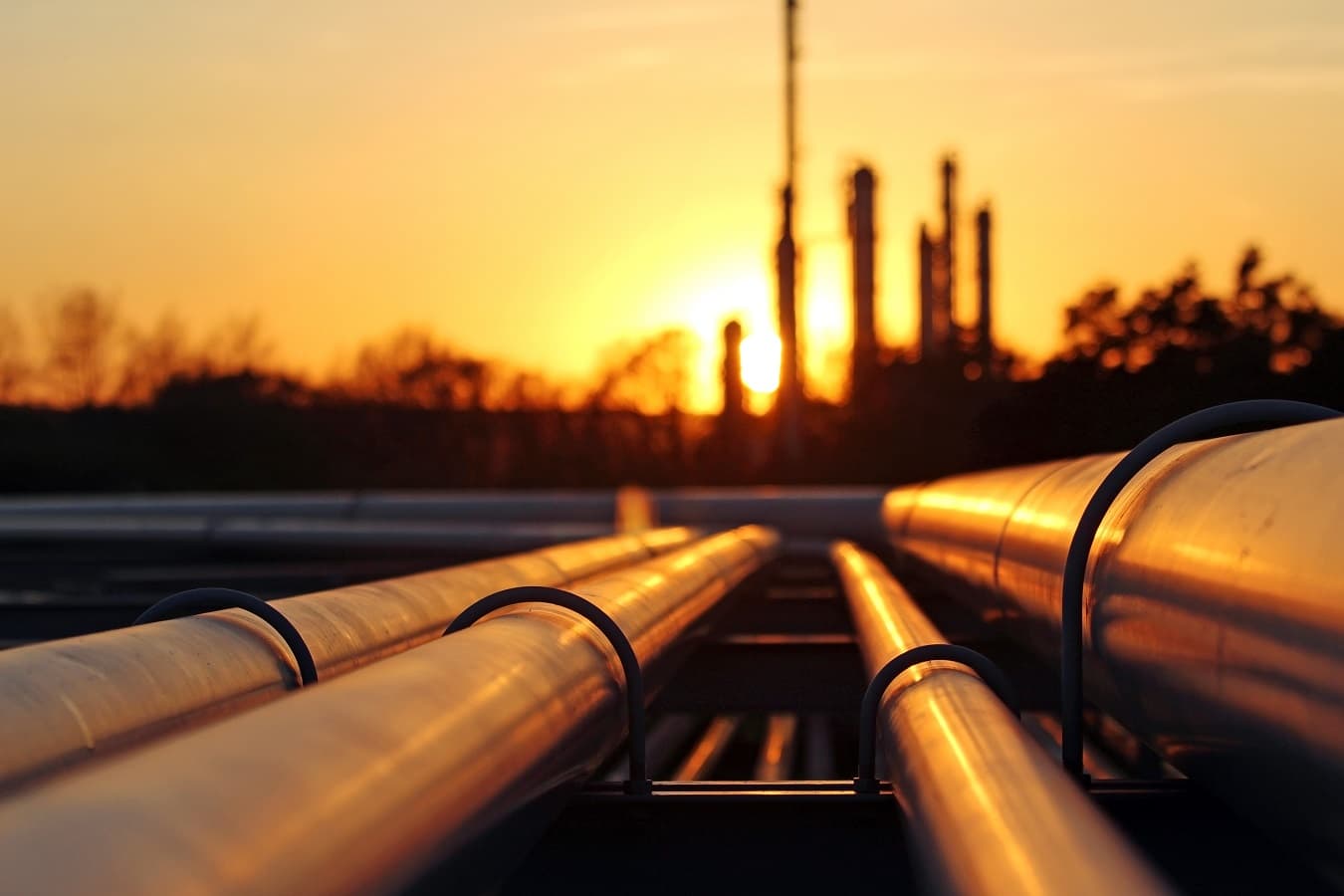 It was the fifth-largest single day UK stock market crash in history. If you were there you know what I am talking about. On Monday 9 March 2020, investors witnessed a perfect storm of market weakness.

It was predicated on the growing fear of the spread of coronavirus. Then, this generalised uncertainty was hammered by a very specific problem: the shock news that Russia had rejected an OPEC call to cut oil production. Then Saudia Arabia, the world’s largest oil producing country, tipped markets over the edge with the threat to turn on its spigot and flood the market with 2 million barrels of oil a day, sold at massive price cuts of $6 to $8 per barrel.

The stunning act of self-harm triggered a 30% plunge in the price of crude oil, the commodity’s biggest one-day drop since the start of the Gulf War in 1991. UK oil giants BP (LSE:BP) and Royal Dutch Shell (LSE:RDSB) saw more than £30bn wiped from their market value within an hour of markets opening.

Make no mistake. These were historic scenes. The fallout will last for years. Industry analysts suggest that as many as 50% of heavily-indebted US shale oil firms could go bankrupt.

No bottom in sight

Crude oil remains below $30 a barrel. A report by market analysts Rystad Energy just six days ago on 12 March 2020 forecasted global demand to fall by 600,000 barrels per day.

With governments now ramping up coronavirus protections to lock down their entire economies, those predictions have skyrocketed. Shocking figures reveal the world could be facing a demand shortfall of 10 million barrels per day.

“The additional quarantine measures imposed in France, Spain and elsewhere over the weekend has spurred a ‘world championship’ in demand loss forecasting,” head of oil markets Bjoernar Tonhaugen told MarketWatch.

“Oil prices have reacted extremely negatively and we believe, unfortunately for oil producers but to the benefit of the global economy, that we have not seen the bottom of the oil price just yet.”

Where there is fear and panic, is there still opportunity? Only the best businesses will survive.

AIM-listed companies are suspending their shares like it is going out of fashion. Working capital is thin on the ground now and so those firms without sensible debt-to-assets ratios will be in line to slash jobs, cut production and in some cases seek a buyout at fire-sale prices.

As Neil Wilson of Markets.com puts it: “It’s a classic case of being able to service high debt loads when cash flow remains steady but as soon as the revenues dry up, the debt crushes you whatever interest rate you may be able to get. Debt is about cashflow, not interest rates, for businesses.”

We covered Hurricane Energy (LSE:HUR) in detail in February, highlighting its cash burn along with its huge potential. As such, we will now look at rival companies RockRose Energy (LSE:RRE), Premier Oil (LSE:PME), and Gulf Keystone (LSE:GKP).

Premier Oil and Tullow Oil (LSE:TLW) sit together in the same bracket, really. Both have attracted huge investor interest in recent years, often sharing the spotlight and attracting the kind of liquidity usually reserved for major FTSE 100 oil giants.

The reservations here are mainly around the balance sheet. Are PME and TLW carrying too much debt? Investors are dumping hard and both companies have lost more than 80% of their value in the past month. Tullow is down at 8.72p, rated at a price to earnings ratio of 1.84 and carrying a plainly unaffordable dividend yield of 42%.

Premier joined the FTSE 250 on 18 June 2018. We have just heard that FTSE market operator Russell plans to remove Premier from the list of the UK’s 250 largest companies and demote it to the lower-rated FTSE SmallCap index. That will take place on 23 March 2020. Along with the lower spotlight comes less liquidity.

Its shares now trading at a price to earnings ratio of just 1.1. Premier has been under serious pressure most recently from Hong Kong hedge fund Asian Research & Capital Management (ARCM), which holds upwards of 15% of PME’s debt.

ACRM has opposed Premier’s plan to spend a huge amount of money on buying three oil and natural gas fields in the North Sea, saying it could cost the company $1.2 million a day in cash burn. As Premier’s major creditor ARCM said the firm was running out of money and needed to deleverage fast or face certain extinction.

Premier desperately needs a long extension on $2 billion of debt that is due to mature in 2023, and the two have faced off in court to establish whether the deal is fair to ARCM. The hedge fund, incidentally, has a massive 17% short position on Premier’s shares as a hedge against the price going to zero.

Premier bosses told the market the company had “significant” liquidity with unrestricted cash of $135 million and undrawn credit facilities of $330m, adding that it would be cash flow neutral in 2020, if it could cut capex by $100 million and markets maintained a $35 per barrel oil price for the next nine months.

Shares in RockRose got absolutely battered on Crash Monday, cratering 21% from 1,260p on Friday evening to open at 992p on Monday morning. The shares rebounded 12% on Tuesday to settle just shy of the 1,000p mark.

Shareholders who bought the London-listed firm at the turn of 2020 would have seen the value of their shares rise 18.6% by mid-January. Since then the share price has bombed by 55%.

The unusual thing about the £130 million market cap that RockRose carries is that it pays a large dividend. With shares at their current level, that dividend is over 6%. That is enough to rival even the very best-paying stable FTSE 100 multinationals and is extremely strange to see from a smaller player.

Knowing what we know about the capital expenditure and large ongoing costs of running an oil company, why pay massive dividends per share? Why not use that money to dig more wells, open up new markets and spend on growth and economies of scale? This seems a very strange decision to me.

There is another red flag in the RockRose setup that worries me. Its Beneish M-Score — a measure of potential earnings manipulation — is very high at 13.81. Of course, this a statistical calculation and no surefire thing, but the fact that most of the other companies I have researched have a score nowhere as high as this? That is a concern.

For an AIM-listed oil explorer to be debt-free is significant.

Restricted cash is money held by a company for a specific reason and is not available for spending. It usually refers to cash that the company needs to pay covenants, debts or ongoing contracts.

In RockRose’s case, the company explained in a previous financial statement that: “As part of [our] stewardship [we have] become party to various decommissioning security agreements.”

Under UK law, oil and gas companies have to return the seabed to its original state by removing equipment, infrastructure and drilling installations and securing their wells.

Decommissioning happens when an asset like an oil well has run its useful life and is no longer producing any revenue. The company holds restricted cash in a trust in advance, so the clean-up can take place regardless of whether the company continues to operate or not.

Liquidity/volume rating: Around 250,000 shares are traded in RRE on any given day.

A 10 March RNS from RockRose explained how the first of two infill development wells at West Brae, an offshore oil field in the North Sea that is 40% owned by the company, had completed with results “in line with expectations”.

The second development well was spudded on 9 March, RRE management said. Together, they are designed to add net production of 2,500 barrels of oil per day.

Rockrose executive chairman Andrew Austin said the infill wells — two of seven the company is looking at this year — wereon target to deliver first production in Q2 2020. The programme as a whole is aimed at enhancing production by 8,500 barrels of oil equivalent per day between now and the end of 2021.

The company said it would publish 2019 final results in the week beginning 23 March 2020.

Finally, Main Market-listed Gulf Keystone (LSE:GKP) is also worth mentioning. The Bermuda-headquartered explorer went public in 2004 with an IPO price of 5,750p per share. Five years of general decline shaved 80% from the value of these stocks, hitting a 2009 low of 1,200p. But the start of the 2010s were a boom for GKP. The Shaikan-1 oil discovery in northern Iraq was one of the largest in history in the Kurdistan region, and later revealed to be one of the largest Super Giant oil fields discovered in the last 50 years.

By February 2012, a few months ahead of Gulf declaring Shaikan a commercial discovery, GKP shares were changing hands for 38,275p.

Shaikan-1 is rated for production of 40,000 barrels per day, and Gulf has a 75% production-share with the Kurdish regional government.

The main issue Gulf faces is severe jurisdictional risk from Kurdistan. War, disputed borders, internecine turmoil and the rise of the terrorist Islamic State in the region have all contributed to an uneasy political alliance that feels like it could deteriorate rapidly, given the right circumstances.

Whether or not the company’s extremely healthy resource base warrants taking on this – admittedly considerable – jurisdictional risk will be down to personal preference.