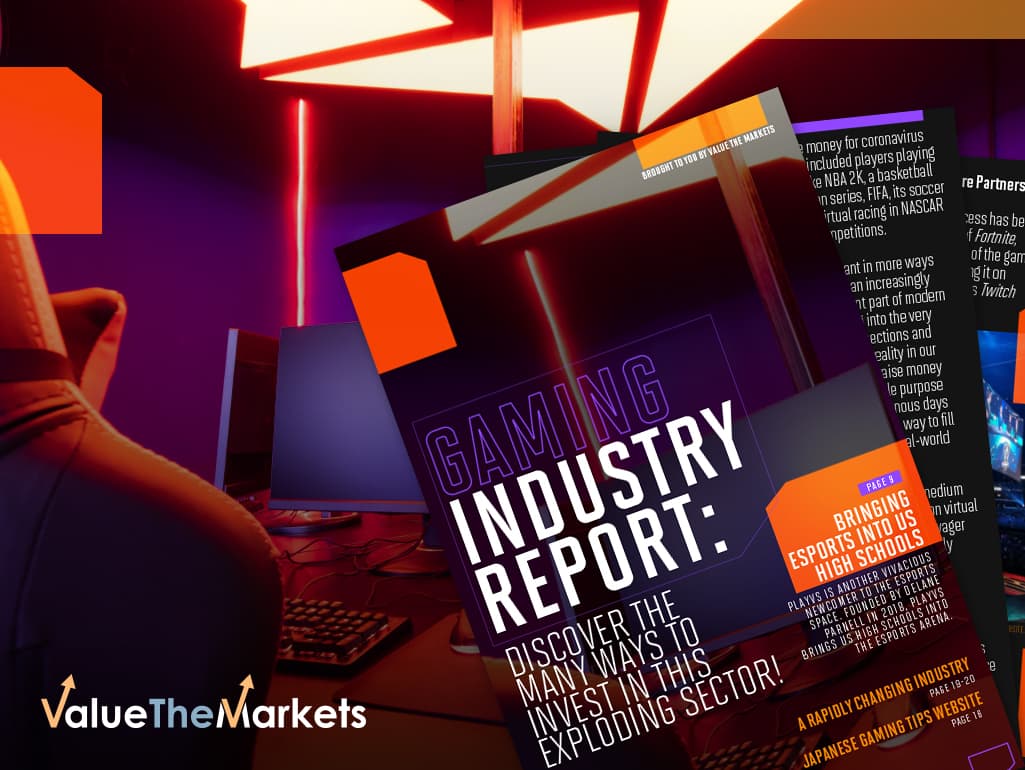 A seismic shift has been taking place in the world of entertainment with live streaming disturbing the sector as we know it. The popularity of live streaming is increasing globally, changing the face of communication, sports and business. Cinema may be in a death spiral, and home-working is now socially acceptable. Meanwhile, Esports and gaming are bucking this new trend with their rising popularity in 2020, in a movement that’s set to continue.

Within the gaming space new companies are making waves, while established companies are enjoying a bull run on valuations. This is driving investment into the sector and witnessing a monumental cash injection from several angles.

READ our FREE in-depth report to discover some hidden gems in the gaming industry!

Esports brings the competitive nature of traditional sports to the video game arena. Boosted and made possible by live streaming. Entire brands are being constructed around various aspects of the gaming industry, with variety coming in a spectrum of ingenious ideas; from focus-boosting chewing gum to designer gaming chairs, patented hoodies, and an assortment of must-have peripherals and fashion accessories.

Celebrities, from A-List to Z, are onboard, and many youngsters are finding fame and fortune within the sector. While it’s highly focussed on the youth of today, older sports fans and ex-competitors are finding themselves involved in helping train, encourage and simply enjoy the spectating experience. Charitable events are becoming commonplace, to both benefit from and boost awareness of the sector and its growing sea of brands. Meanwhile, money-spinning events are making gamers and their backers filthy rich.

Get our FREE IN-DEPTH REPORT to discover the ins and outs of potential investments in the gaming industry!

As the Covid-19 pandemic wreaks havoc on the world, increasing the divide between winners and losers, the entertainment industry echoes this sentiment. Many companies involved in gaming are thriving this year. It’s not just the video game manufacturers. There’s a glut of new angles to making money from the sector, such as gambling on Esporting events. From Esports to gaming accessories, media giants to funds, our in-depth report covers the basics and much more.

Some of the companies covered in the report include:

There are many facets to the gaming industry and knowing which areas to invest in can be confusing. Our FREE in-depth report can help you see the scope of potential investments available to you and identify hidden value as you go.

Will innovation reign supreme or is there plenty of room for everyone? This remains a relatively new space for investment, and the colossal sums of money to be made are increasingly tempting.

Find out more about the rising stars of the gaming industry DOWNLOAD our FREE REPORT today.