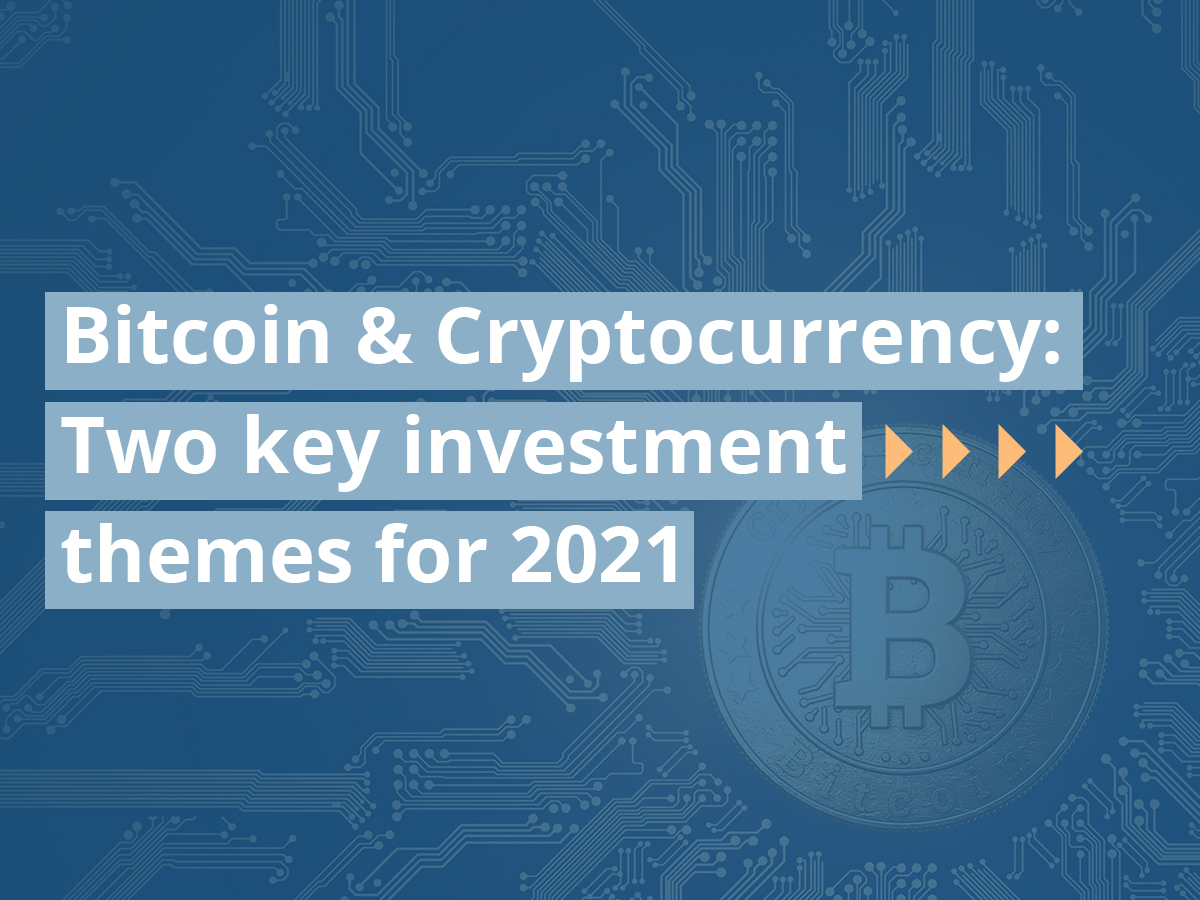 Despite the rocketing and record-breaking Bitcoin price hitting financial headlines around the world there are still very few UK shares that offer pure-play Bitcoin and cryptocurrency exposure.

I’ll look at the ones that make the most sense as investments today.

Just one point to note before we get into it: in the last 12 months the cryptocurrency market has changed for the better. Now it is possible for individuals and companies to gain yield on their holdings through lending and staking, this fundamentally transforms the outlook for anyone holding cryptocurrency of any kind.

Before this point, cryptocurrency was considered a kind of digital gold, that is, an interesting commodity but an inherently non-yielding asset. That’s all changed now.

Buying the underlying asset is still a hassle for the uninitiated. This is despite great strides being made to bring cryptocurrency into the mainstream.

Custody is still a pain point which hasn’t yet been solved for the vast majority of investors.

Unlike cash, which is simple to hold in a bank account, or shares, which are easy to hold in an ISA or broker’s account, holding cryptocurrency comes with a series of hoops to jump through.

Institutions, like asset managers and pension funds, have a much easier time of it. There are specific custody services set up to hold their crypto for them.

Us poor retail investors are expected to either buy our own cryptocurrency hardware wallet (which comes with its own cybersecurity problems) hold our crypto in a browser-based wallet like Metamask, or, more likely, leave our Bitcoin or Ethereum on cryptoexchanges.

So, it’s no surprise that most of us will look to get exposure to cryptocurrency and Bitcoin by buying the thing we understand the most: company shares.

The smallest company we’ll cover today, Coinsilium (AQSE:COIN) commands an £8 million market cap. As of 5 January 2021, the shares are trading at 5.8p, their highest point since November 2018. Coinsilium’s pivot into crypto finance brings with it a whole host of interesting options for the company.

There was November’s news that partner IOV Labs provided COIN with a follow-on investment of £330,000 to help build out a series of intriguing projects.

Perhaps one of the fastest-growth areas of cryptocurrency is in NFT or crypto-collectibles — more on that here — and COIN signed its first NFT deal in December 2020 to build and launch a crypto postage stamp with the Gibraltar Philatelic Bureau.

The addition of a listing on the OTCQB Venture market in December (OTCQB:CINGF) means better access to a materially larger pool of US investors and more liquidity for the shares in general can only be a good thing. Dual UK-US listing is one measure followed by Argo Blockchain below, by the way.

Reports out last month that Coinsilium had doubled its cryptocurrency in treasury to £1.09 million did the company no harm at all, especially since we now know most of those holdings are in the two most liquid and most-recognised cryptos, Bitcoin (BTC) and Ethereum (ETH). That update saw COIN’s share price jump to 3.25p. Today the shares are another 78% higher and I can only see this going one way.

I’m keeping a very close eye on COIN, along with the two other options I’ll consider today.

is traded on the smallest London exchange, Aquis, and therefore probably won’t be well-known to the majority of investors.

However, investor interest in KR1 — and liquidity in tandem — has been growing in recent months as it has reported significant rewards from its cryptocurrency staking activities.

A 17 December update announced how KR1 had realised a huge whack of cash from staking activities on the Polkadot (DOT) blockchain.

Polkadot rocketed from nowhere, right into the top 10 cryptocurrencies by market cap in 2020, overtaking the likes of Bitcoin Cash  (BCH), Cardano (ADA), Stellar (XLM) and Monero (XMR), and looks set to continue that growth in 2021. So the fact that KR1 are looking ahead like this makes me rather keen to stick a few quid on them.

As MD George McDonaugh noted in the release:

“A healthy flow of staking income without any capital expenditure allows us to take full advantage of the growing excitement in the digital asset markets.”

The past few months have seen KR1 enhance their bona fides in crypto investing. For example, putting $150,000 into ETH 2.0 stalking service Lido — which I use myself — and $200,000 into ETH-based storage service Swarm.

Personally, I strongly believe that decentralised finance applications like those built on Polkadot are going to be part of the mainstream in the next 10 years. One caveat: this isn’t for certain, and to paraphrase The Big Lebowski, that’s just, like, my opinion, man. Much more regulation is going to be needed to formalise this relationship but now that institutions are buying in to DeFi and Bitcoin and we are on a massive bull run, this state of affairs is more likely than it has ever been.

I’ve not spoken to KR1 management before and this will be my next move before investing any of my own hard-earned cash into the business.

Argo Blockchain (LSE:ARB) is Main Market-listed, so comes with the most liquidity and transparency of any share we’re covering today. While the more adventurous among us will get in early on the AQSE-listed COIN or KR1, ARB is likely to be the first port of call for the average investor interested in gaining exposure to the Bitcoin price.

Put simply, the share price of Argo Blockchain has gone parabolic in the last couple of months. Most of this price increase is directly tied to the Bitcoin bull run.

When ARB was languishing at 3.65p in March 2020, critics were sniping that management didn’t know what they were doing. Those non-believers might well be eating their words as of January 2021, as the ARB share price careens past 50p.

The market cap of the London cryptomining operation has soared from less than £15 million in March 2020 to today’s valuation of more than £149 million. Quite the win for early investors.

This site last covered Argo Blockchain in depth in February 2020, and the points made there still stand. Notably, that while Chinese mining pools still control the vast majority of the market, smaller miners can make an impact, and that installing VP of operations and co-founder Peter Wall as CEO “has certainly improved Argo’s outlook and staying power”.

So what does Argo Blockchain do, exactly? They run a Bitcoin mining operation. This is basically a room full of very fast and very expensive computers all solving complex cryptographic equations in a bid to be rewarded in Bitcoin.

Because it holds Bitcoin directly and reports that number on its balance sheet, this is a relatively easy company to value.

In a 5 January RNS update to the market Argo Blockchainreported higher revenues on better margins (60% vs 57%) from its cryptocurrency mining operations in December, along with a strongly positive outlook for 2021.

Argo mined 96 BTC in December, down from 115 BTC in November, it said. This takes the total amount of BTC mined year-to-date to 2,465 BTC.

At the end of December, the company held 209 BTC and Bitcoin equivalents. I’m told that Argo also mine the privacy cryptocurrency Zcash (ZEC) but convert these holdings into BTC equivalents for reporting purposes.

For the fiscal year ending 31 December 2019, Argo’s revenues increased more than 10-fold from £765,000 to £8.6 million, and Stockopedia rates next year’s expected revenues at £18.9 million. Of course, a lot of this depends on whether Bitcoin can sustain its bull run in general.

So while the price-to-book ratio shows less value in these shares than six months ago (now 6.67 compared to 0.93), there could still be a lot of long-term value in sticking a portion of my investing capital in ARB.

One point of interest is the company’s tie up with cryptocurrency lender Celsius Network. In the main this service borrows cryptocurrency from clients and lends it to other customers like hedge funds and institutional traders.

Those clients normally earn yield on the Bitcoin that Celsius lends out.

The company claims to have gathered a total of more than $1 billion in cryptocurrency deposits as of June 2020, a number quoted as increasing to $1.8 billion in Argo’s November 2020 update.

Argo reported that it had entered into a two-year equipment lease with Celsius Network for 4,500 Bitmain Antminer S19 and S19 Pro mining rigs, and these machines are expected to come online in February 2021.

There is an ongoing and never-ending arms race with Bitcoin mining. This is because scarcity is baked into the Bitcoin model, and block rewards from successful mining halve every four years. So ever faster and more efficient mining machines are needed. Still, that scarcity does aid those who hold the cryptocurrency – unlike inflationary cash with central banks going for QE infinity.

Anyway, without going into insane detail on Argo Blockchain, suffice it to say that I’m very interested in where the company goes next.

An open letter to Roblox employees

After the insane success of the DoorDash (NYSE: DASH) and Airbnb (NASDAQ:ABNB) IPOs last week,...