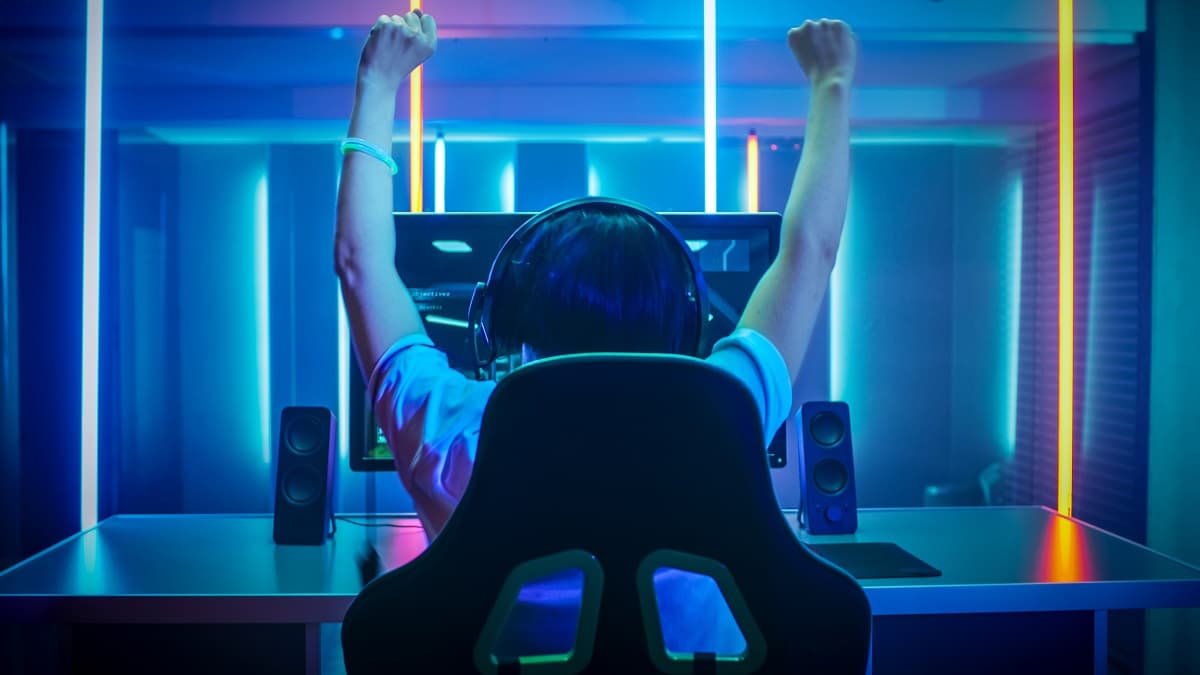 The world is in lockdown. Due to measures introduced to prevent the spread of Covid-19, the days of being able to watch your favourite football, rugby, or cricket team alongside thousands of other fans in a huge venue are very much on hold.

It may come as some surprise to some, then, to hear that current conditions are in fact offering one of the fastest-growing areas of spectator sports an opportunity to shine.“eSports” – professional video game competitions digitally streamed by millions of people around the world – have been thrust into the spotlight in 2020 as stadiums around the world lie dormant.

An opportunity to shine

Irrespective of this year’s pandemic, eSports have become a global force to be reckoned with. In 2018, the global audience for such events – both physically at stadiums and through online streaming – totalled an impressive 295 million viewers. This was up from 134 million six years prior, and has been driven by the ongoing spread of digital media and the emergence of platforms like Twitch.

To put this sheer scale another way, the number of unique viewers for the world championship final of a strategy game called “League of Legends” held in Korea in 2018 came in at almost 100 million.  This was more than the Super Bowl that year.

“A lot of people do not understand the popularity of eSports, but to me it is simple,” says Derek Lew, chairman of Blue Star Capital (LSE:BLU), a firm capturing the rise of eSports through a portfolio of investments.

“I like to go to hockey, football, and basketball games because that is what I did when I was growing up – I remember how fun and frustrating they could be. It is great to watch them being played professionally. Huge numbers of people are engaged in the same way with eSports because they grew up playing console video games, and they appreciate the skill involved in being the very best.”

This growth is set to accelerate even further moving forward. Stats released before the outbreak of coronavirus projected that eSports viewers would total 644 million by 2022 as global behemoths like Amazon, Microsoft, and Google continue to ramp up their eSports focus.

However, the reality is that current conditions could see this extend even further.

The eSports sector has avoided the total shutdown suffered by many of its peers. With restrictive measures around the world prohibiting the physical attendance of many live events, the area has been able to return to its online roots.

Competitions streaming throughout the current crisis have been provided with an unexpected opportunity to broaden their audience to millions of consumers who may have previously preferred to watch other sports.

For example, Kent Wakeford, co-founder of eSports organisation Gen.G recently told the Washington Post that his firm had seen an 18.2% bump in Chinese viewership in just two months this year. Meanwhile, the first day of the ESL Pro League – a popular eSports competitions – saw 27% more people tune in this year than last year.

With millions of new viewers who had heard of eSports but had not previously had the time to watch them now tuning in, the sector’s future is looking brighter than ever. As the statistics show, eSports were already becoming an increasing significant force among sports viewers globally. With the area thriving under current conditions, this speed of this changing of attitudes has an opportunity to accelerate considerably.

So, how can investors profit?

For Blue Star, the real opportunity in the spread of eSports lies in its revenue potential. So far, turnover has grown alongside viewers, with the market as a whole taking in $865 million in 2018 up from $130 million in 2012.

However, this growth rate is expected to increase exponentially, with turnover slated to have hit $1.1 billion in 2019 and to rise to $1.8 billion in less than two years. As with viewership, the opportunity presented by coronavirus could increase these figures further. Should this trend play out and continue, then Lew expects eSports eventually to represent a significant portion of the value of the entire global sports industry.

To maximise its exposure to this potential, Blue Star has identified several keys areas of focus.

With many major events recently being delayed to a time when physical attendance will once again be possible, Lew says a strong eSports opportunity in current conditions lies in an area he describes as the “path-to-pro”. Although the top-tier competitions are the most widely viewed and discussed, the reality is that an entire industry exists beneath this.

In the same way that a child may play football in a local league with the dream of becoming the world’s next Lionel Messi, the same can now be said of those who want to be the next star gamer, earning millions from their skills.

Amateur and semi-pro leagues are not limited to children alone, either – Lew says that growing number of universities, neighbourhoods, and organisations are setting up their own associations. This opportunity rings particularly true in the present day, when – in the absence of being able to leave our houses to socialise – the popularity of events such as “Zoom Happy Hours” have soared. This same sort of growth will be seen in e-sports competitions among friends.

With this in mind, Lew sees an opportunity in investing in the teams and infrastructure that make up this growing space:

“The pro companies represent just a portion of the eSports market, and I think people sometimes forget this,” he says. “In the same way that investing in those platforms can generate revenues, we can own the platform that the more casual players want to compete on. We can then serve up adverts and place other revenue-making opportunities in front of them as they watch and engage – perhaps platforms or talent scouting services, for example.”

Lew adds that this opportunity could even spread to intersections between the worlds of real major league sports and e-gaming. He uses the example of running a virtual gaming competition alongside a real-world one – allowing fans of a participating team to play against each other at the same time as the franchises they support:

“Here, you have the fans that are already engaged with their professional team coming to the eSports platform – the same way they want the players they support to beat their rivals, they can play against rival fans. This is just another tool for teams to engage fans, and it could be priceless.”

Positioned ahead of platform growth

Current market conditions aside, eSports draws in tens of millions of spectators engaged fully with its content. These numbers are only set to increase. With this in mind, Lew believes that another investment opportunity lies in the sector’s ongoing efforts to generate more revenue from each of these audience members.

According to a JP Morgan report released last year, eSports is under-monetising its fan base, generating around $5 per fan. This is approximately 10% of what other leagues generate in aggregate on the same terms. For example, Major League Baseball makes $76.3 from each viewer while the NHL and NBA pull in $46.8 and $37.6, respectively.

It remains to be seen how marketeers in the eSports world will increase this figure. However, it will happen, and when it does, Blue Star believes that the best way to get exposure is to be invested in the eSports platforms around which players and competitors congregate.

“The people are already on the platforms, and the customers are already acquired. Now, it is about how to sell more to them” says Lew. “However, when that ends up happening, we want to have a stake in the platform on which it occurs and exposure to the rising revenues this will no doubt generate.

Media rights, advertising, and merchandise/tickets are thought to have brought in $251.3 million, $189.2 million, and £103.7 million in 2019. With this in mind, the potential on offer if eSports revenues per user can catch up with those of longer-established sports leagues is very exciting.

The third e-sports investment opportunity identified by Lew is the eSports teams themselves – commonly known as “franchises”. In the same way as with Premier League football teams and US NFL teams, groups of expert gamers are recruited to play under a common brand. That franchise then commercialises their activity through sponsorship, retail, merchandising, apparel & product licencing, new media & mobile, and – obviously – tournament winnings.

The numbers here are particularly strong – cash prizes for the most prestigious tournaments can reach more than $10 million, and eSports sponsorship is expected to have drawn in nearly $460 million globally in 2019 alone.

These figures are reflected directly in the capitalisation of the teams themselves. The three largest franchises worldwide – Cloud 9, Team SoloMid, and Team Liquid – carried $310 million, $250 million, and $200 million valuations respectively in 2018. With such figures drawing massive investment from the likes of NBA superstar Michael Jordan and rapper Drake all the way to Twitch and the Dallas Cowboys, Lew expects the upside on offer to now multiply.

“The opportunities here mirror those that we saw with the NFL in North America and that the UK saw with the Premier League,” he says. “These are made up of franchises that evolved from cottage industries into multi-billion-dollar behemoths through the sale of broadcast rights, marketing rights, and sponsorship over time.

“This is why we are seeing massive corporations and owners of successful sports brands jumping into eSports – they see parallels with their own businesses and want to get in on the ground floor. By investing in these franchises, Blue Star will enjoy similar exposure to the upside on offer.”

The future is bright

Whatever way you look at it, eSports has become a massive force that will continue to enjoy player participation growth and viewership proliferation. This is especially true if today’s restricted conditions can win over a new army of fans and expediate the movement of gaming tournaments into the mainstream sports arena.

Extending this opportunity is the room for improvement in the way revenues are generated from both these parties. Sports leagues around the world have set a high standard when it comes to monetising their offering and eSports is rapidly accelerating towards this.

Through its portfolio approach, Blue Star Capital is positioned to be the go-to stock for UK investors looking to get exposure to this upside.