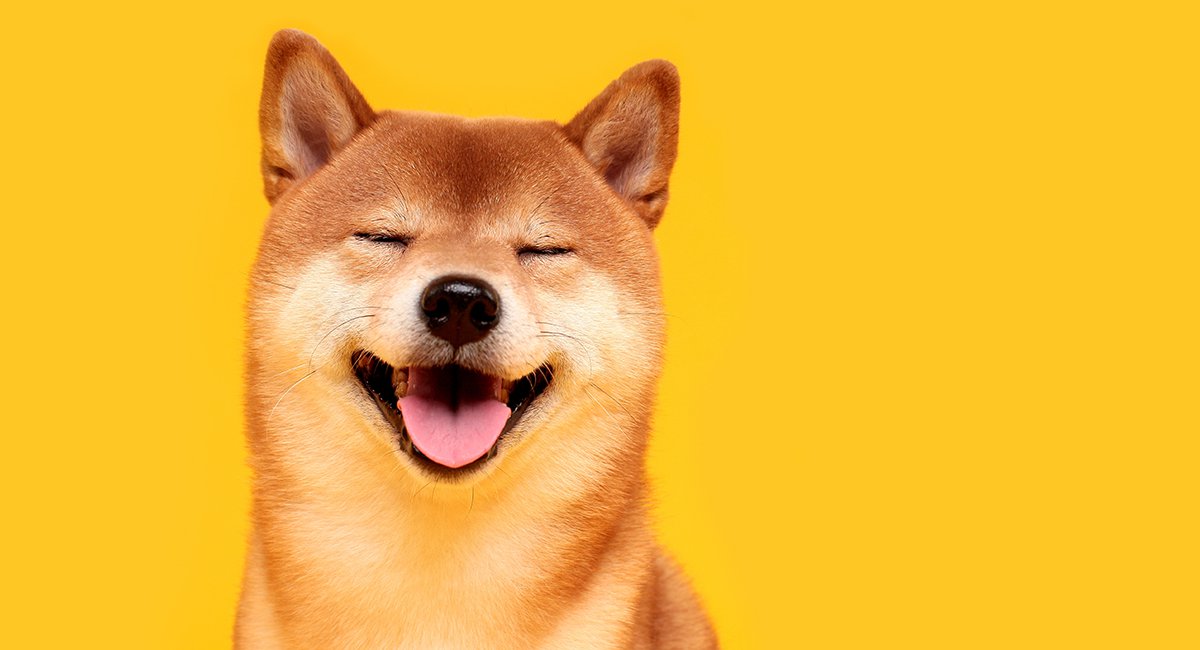 Just when it seems the ridiculous side of cryptocurrency cannot get any weirder, along comes Shibe Inu ($SHIB). While Bitcoin, Ethereum and a few others have a believable use case, the meme-worthy nonsense associated with crypto’s altcoins is reaching epic new proportions.

The Dogecoin ($DOGE) frenzy culminated in an almighty price rise last week as Elon Musk prepared to host Saturday Night Live. True to form, he mentioned his favourite dog themed crypto coin in a skit with his mother. But in a perfect illustration of ‘buy the story, sell the news’, the price of Dogecoin plummeted after his appearance.

Meanwhile, a blatant Dogecoin copy called the Shiba Inu coin, has taken centre stage. In fact, its price soared an extreme 1,647% last week. But that’s NOTHING compared to its rise of 40,000% in the past month and it’s still climbing.

The mascot for the Dogecoin is a Shiba Inu dog, so the new crypto SHIB has shamelessly ripped off the meme currency to rocket on its coattails.

With this in mind, the Shiba Inu coin was launched in August implementing a strategic game plan from the get-go. The founder built it on the Ethereum blockchain and gave half its issued tokens to Ethereum founder Vitalik Buterin. And that is no small fortune, because Shiba Inu has an outrageously vast circulation pool of one quadrillion tokens!

The paradox of this is Buterin now has a higher net worth in Shiba Inu (over $8 billion) than he does in Ethereum (approx. $1.3 billion).

Shiba Inu itself claims to be nicknamed the “Dogecoin killer” and is fast becoming a favourite among Chinese crypto traders.

SHIB was founded by someone called Ryoshi. His reasoning for gifting over 50% of the SHIB supply to Buterin is:

“We sent over 50% of the total supply to Vitalik. There is no greatness without a vulnerable point and as long as VB doesn’t rug us, then SHIBA will grow and survive.”

He envisions SHIB to take on an ecosystem of its own. This will be brought to life with the launch of ShibaSwap, a decentralized exchange on the Ethereum network where community members can trade, buy, sell and HODL for rewards. It’s also advertised as an Artist incubator, perhaps indicating non-fungible tokens (NFTs) will be a significant part of the environment.

Rather than the usual whitepaper launched by a new cryptocurrency, SHIB launched with a woofpaper clearly laying out its strategy:

“A community is held together by hundreds, if not thousands, of interconnected moments. By studying those drawn to our project, we realized that true strength doesn’t come from one of us alone, it comes from when we work together in harmony. With that thought bright in our minds, we began developing the Shiba Inu Ecosystem in earnest.”

Shiba Inu is admitted to Binance and FTX

Taking advantage of the notoriety and hype extended to Dogecoin in recent weeks, Shiba Inu’s popularity has been soaring. So much so that it was admitted to list on Binance and FTX on Monday, it’s also listed on OKEx, KuCoin, and Poloniex.

The team at Binance, the world’s leading cryptocurrency exchange, have been enduring backlash from disgruntled Dogecoin fans who see SHIB as a flagrant rip-off. The irony of which seems lost on them, as DOGE itself has never been anything but a joke meme coin that struck it lucky when a few celebrities (Elon Musk and co) took a shine to it.

In the Binance listing the SHIB coin was described as an “experiment in decentralized community building and another meme coin.” It also warned buyers that the top three wallets holding SHIB contain 50.5%, 7%, and 3% of the cryptocurrency’s total supply. Therefore, should any of these opt to sell, the price of SHIB would most certainly crash.

Some have voiced concerns about $SHIB listing. We follow users. There is a large number of users demanding it, to the point where we ran out of ETH deposit addresses due to SHIB today. Never happened before for any other ERC20 coin. Not endorsing it. Super high risk. NFA.

Nevertheless, the enticing world of meme crypto is not slowing down and its creating rags to riches stories that are as compelling as they are crazy.

Yesterday, the story of a Goldman Sachs (NYSE: GS) managing director quitting his job after making his fortune on Dogecoin began circulating. If that’s not a sign the worlds financial markets are at a turning point, what is?

As the rise of Robinhood’s fractional stock buying, and crypto trading has brought retail investing to a new level. The collective power a large group can wield has become ever more evident in the past year.

Now as crypto mania makes fortunes in minutes, previously loved assets are dropping like a stone. Cathie Woods ARK Invest fund ARKK is down 33% off its 52-week-high. One theory is that retail investors have been taking their profits out of the growth stocks managed by ARK and rotating into making quick gains on crypto. But how long can this wild ride continue?