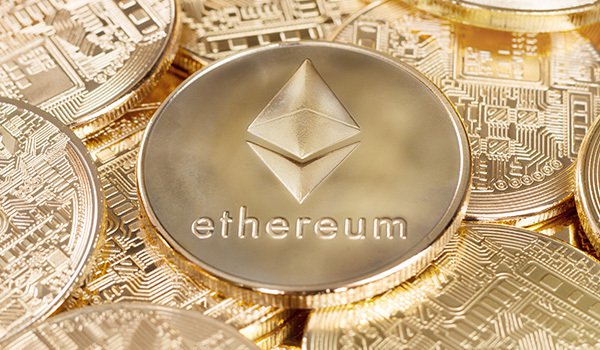 “I do not invest. I don’t do that stuff. So, I didn’t want to be near money because it could corrupt your values.”

This reasoning may have been a guiding factor in his decision to create a cryptocurrency token. He’s a rich man, but money has not governed him. His interests lie in making the world a better place, helping people, and having fun.

Unlike many crypto bulls, Wozniak doesn’t appear to have an inherent distrust of the fiat money system. But what he has is decades of experience in technological advancements and that gives him a clear view into the complex world of cryptocurrencies, blockchain and energy efficiencies.

His company EFFORCE is reinventing energy efficiency in a transparent way and the project is incentivised using the WOZX token.

The WOZX token enables users to take part in projects that improve energy efficiency through a form of crowdfunding.

The push to a greener level of energy efficiency is clear for all to see, but the problem many companies have is lack of capital. Energy saving upgrades are expensive.

Spending money now, to save money in the future, is a dilemma many are facing.

EFFORCE intends to bridge that gap by giving companies a platform from which to seamlessly transition to a more cost-effective energy tariff without any hassle. It wants to unite companies seeking a greener future with investors. Those are the people with money, who want to invest in energy saving projects. But they lack confidence in the projects due to lack of understanding and foresight.

EFFORCE intends to be the middleman in this situation. It’s a blockchain-based energy saving trading platform. By taking the money from the investors, giving it to those companies that need it, and recording every step on the blockchain, everyone is satisfied.

The energy efficiency market has reached a value of $241 billion, with a 10% growth per annum. So, investor interest is accelerating.

At this point, investors can put their money into the project, providing the company with the capital it needs to make the changes it desires. Those investors get WOZX tokens in exchange for their money invested.

The tokens represent the energy savings achieved by the company, thanks to the efficiency improvement in its project. In this case, that would be a 5% annualised yield.

At the end of the seven-year contract the business can walk away with its building upgraded and continue to benefit from the energy efficiency savings realised.

All will be revealed

The blockchain’s transparency is such a powerful and positive feature. It’s transforming traditional business practices for the better while allowing otherwise impossible looking tasks to take place in real time.

The idea of a company having to shell out millions to achieve a greener stamp of approval now, but not save money until far in the future is daunting. Being able to do that in baby steps, with no loss of capital upfront is a game changer.

Confidence is key. When the investor is confident, the client is confident and the process is taking care of itself. Everyone is happy and there’s no room for distrust.

The revolutionary aspect of blockchain is that it records every transaction forever. It’s 100% transparent and cannot be changed, so it’s a complete gamechanger for supply chains and company records.

As for EFFORCE, a smart contract is set up on the blockchain. This automatically redistributes any energy savings to token holders and relevant companies. There’s no need for any intermediaries to be fact checking the situation because the blockchain technology ensures the calculations are up-to-date and accurate, based on the exact consumption and savings data recorded on the block.

Putting aside the actual fundamentals of the token, having a name as big as Steve Wozniak behind it, is going to generate volatility.

Wozniak is unlikely to want his name and reputation ruined on a sham of a project, so his backing immediately gives it a level of credibility.

However, that also gives it added potential for hype, which guarantees price volatility. That’s not an issue for long-term hodlers that believe in the project and can forget about the daily fluctuations. But it does add risk to the overall investment.

As per the EFFORCE white paper:

“EFFORCE tokens are speculative and involve a high degree of risk and uncertainty.”

EFFORCE was first started in 2017 and Steve Wozniak joined the project in 2019. The WOZX token was officially launched in December 2020 and Wozniak’s co-founders are Jacopo Visetti and Jacopo Vanetti. There are six co-founders altogether.

The WOZX token is a standard cryptocurrency built on Ethereum. There are one hundred million WOZX tokens available and no more will ever be created.

At the moment it seems EFFORCE (WOZX) is available to buy on the following exchanges: HBTC, Gate.io, WBF, Bilaxy, Uniswap, Indodax, Bithumb Global and WhiteBIT.

Whether or not Wozniak’s interest in cryptocurrency stems from seeking a transparent solution to the age-old problem of greed inherent in fiat currency is irrelevant. But his decision to opt for blockchain technology makes it timely in more ways than one.

The world wastes energy, so finding ways to lessen the waste is paramount to a better future. Measuring energy efficiency is a complex financial system and the Energy Service Companies exists to help businesses achieve this.

EFFORCE aims to make the entire system transparent and simple for anyone to get involved.

Climate change is a ticking time bomb putting pressure on businesses to change. The interconnected world is changing at pace thanks to advancements in 5G and spatial computing. This is an area Wozniak understands and if he can see the potential in a project like this that’s saying something.

Wozniak insists that money, power and fame are not the factors guiding his life.

Educating the next generation in drone piloting

In fact, Steve Wozniak is also involved in other exciting feel-good ventures. One of which is educating the next generation.

Check out our recent article: Draganfly: Exclusive deal with Apple’s co-founder, which explains how Draganfly will be the sole provider of over 3,000 drones, to kids learning inside the classroom. It’s a fantastic move in hands-on education.

EFFORCE generates its tokens through a potentially environmentally friendly mining operation. It incentivises platform users and they can earn a percentage of the WOZX tokens which are allocated to mining annually. There’s the Major Partners sign-up incentive and there’s the Funding Partners contribution incentive.

So, the Major Partners sign-up incentive persuades entities to sign others up to the platform. In turn they’ll earn a commission of tokens to be mined. In the Funding Partners contribution incentive, the Contributors (aka investors) receive an incentive for taking part. The more they invest, the more WOZX tokens allocated to mining they receive.

All things considered this is a new and innovative way to harness the power of energy efficiency on a grand scale. It could break down barriers and pave the way for much more energy efficiency going forward. While simultaneously allowing investors to profit handsomely from the process.