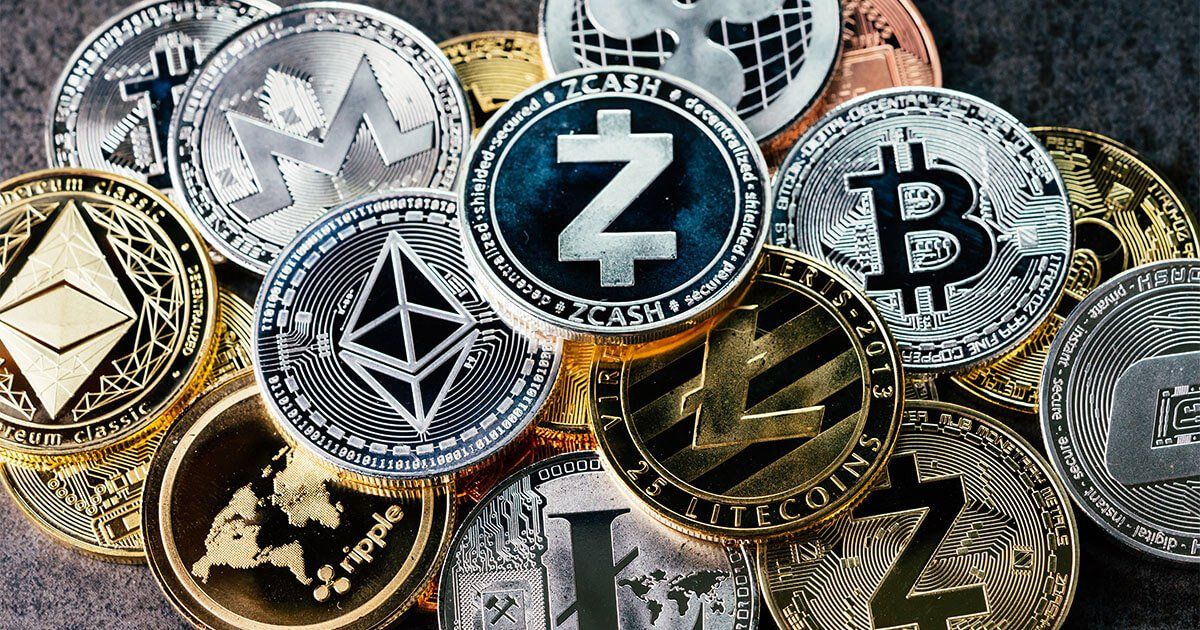 Overnight, Cryptocurrencies were crashing hard, and China (along with Elon Musk) is getting the blame.

The price of Bitcoin (BTC), Ethereum (ETH), Cardano (ADA) and Dogecoin (DOGE) all plummeted between 10% and 20% overnight. This is on the back of news out of China that it’s taking a hard stance on cryptocurrency transactions. But is this really the case, or is it simply another miscommunication and market overreaction?

The crypto markets were already reeling from a tweet Elon Musk wrote last week. So, the uncertainty brewing could easily be tipped by more bad news. And that news came out of China last night when Reuters reported that China is cracking down on crypto.

The cryptos in question have mostly begun to rebound so it seems this may again be simply a bump in the road. Nevertheless, let’s look at what happened and whether it’s something to worry about long term.

“Recently, virtual currency prices have soared and plummeted, and virtual currency trading speculation has rebounded, which has seriously infringed on the safety of the people’s property and disrupted the normal economic and financial order.”

(This has been translated from Chinese using Google Translate)

The statement went on to say:

“Virtual currency is a specific virtual commodity that is not issued by the monetary authority, has no monetary properties such as legal compensation and compulsion, is not a real currency, and should not and cannot be used as currency in the market.”

The Reuters article noted that any financial institution, including banks, payment platforms and lenders are no longer allowed to offer any cryptocurrency services, including trading, to their customers.

However, many twitter users were quick to denounce the article as scaremongering. Stating that this is not a new ban, but simply a reminder that financial institutions ought to be on their guard and following the laws.

Individuals are still allowed to own cryptocurrencies. Over-the-counter trade continues and the mining industry shows no signs of slowing down.

Bitcoin mining is bad for the environment

We wrote an article earlier in the week about Tesla deciding to stop accepting Bitcoin in payment for its vehicles. The reason Musk gave was that it’s too bad for the environment and Tesla wants to find an ESG friendly crypto payment option with a smaller carbon footprint.

He’s not wrong in that Bitcoin mining is less than environmentally friendly. Over 60% of Bitcoin mining takes place in China, to enable it to take advantage of cheap electricity. Unfortunately, electricity is cheap because its mainly derived from coal fired power stations. That’s clearly bad for the environment and not helpful in combating climate change.

However, Musk’s take was a bit strange considering he’s been hailing Bitcoin since January and given his background it’s unlikely he wasn’t aware of how it’s mined. Ever since his unexpected tweet he’s been under attack and accused of pumping and dumping the asset.

Are we in the midst of a serious crypto crash?

So, is this simply another crypto market correction or a serious crypto crash? Cryptocurrencies are notorious for their volatility and Bitcoin has seen incredible price swings over the past few years. Things do appear to have gotten particularly wild in the past few months. And it’s eerily reminiscent of 2017, when crypto mania caused prices to rise spectacularly, only to crash and burn from the end of the year and into early 2018.

Interestingly, in September 2017, China’s regulatory actions may have sparked the rise and fall of crypto trading. At that time Beijing took a hammer blow to the industry insisting exchanges close and banning initial coin offerings (ICOs).

Nevertheless, those Bitcoin fans that held their guard and didn’t sell out in the aftermath have gone on to see a phenomenal rise in the value of their assets. The price of Bitcoin before the 2017 crash reached just over $19,783. But today it’s worth over $40,000.

It briefly piqued above $63,000 last month giving Bitcoin bulls an extremely optimistic outlook for the year. Unfortunately, Elon Musk’s influence may be the catalyst to derail that optimism, compounded by the news out of China.

Revered bitcoin enthusiast Plan B tweeted earlier that the price of BTC has come full circle since Tesla announced it would accept it as payment.

“We are back at Feb 8 open price of $39K, when Tesla made the bitcoin announcement. #FullCycle”

The Wolf Of All Streets @scottmelker took a similar stance:

“#Bitcoin has erased the entire move that resulted from Tesla’s 1.5B purchases, which means we are obligated to stop talking about Elon Musk after this tweet.”

There’s no end of speculation, concern and discussion around the future of cryptocurrencies. But one thing’s for sure, some form of digital currency is here to stay. The Central Bank of China is developing its own digital yuan, which began way back in 2014. It’s no secret China wants to dominate the blockchain industry which is estimated to be worth around $70 Trillion.

And according to European Central Bank President Lagarde, China is at least five years ahead of the rest of the world in its development of a central bank digital currency (CBDC).

Other central banks are following suit and it’s fully expected that CBDCs will be the next big thing to hit the cryptocurrency industry. So, it’s likely that regulation is coming to the cryptocurrency markets. It’s something that many would welcome, but until then we can fully expect the volatility to continue.